Barry Ash from Hawkinge, near Folkestone, set out to raise £5,000 for Pilgrims Hospices by completing a superhero-themed beard shave on Saturday 23 April 2022.

Barry is fundraising in memory of his mum, Carole, who was cared for at the Canterbury hospice in January 2022. Carole was from West Hougham, near Dover, where she lived with Barry’s dad, John.

Inspired by the support his family received, Barry wants to give back to the local charity so that others can benefit from its vital, compassionate care.

Barry said: “From the moment Mum was referred to Pilgrims, the care was outstanding – from pain management, to her personal care, including brushing her hair and teeth, to our care as a family. They spoke to us about what Mum was going through, and reassured us so we weren’t scared of what was going to happen. Staff were always on hand to answer any questions we had.

“I used to think that Pilgrims was just a place to die, but now I see a much bigger picture; they care for everyone, both patients and families, and so much more.”

Barry and his wife, Laura, love all things superheroes. To say thank you for the care Carole received, they organised a themed fundraiser – on Saturday 23 April 2022, Barry dressed as Superman and had his beard shaved off outside Get Ready Comics in Rochester. Paul Blakeborough, who owns the shop, and his team, helped to organise the day. Barry’s wife, Laura, joined him as Wonder Woman.

Barry continued: “This was a chance to raise money for Pilgrims, have some fun and bring smiles to people’s faces at the same time. Mum knew what we were planning; she loved the idea and we know she was smiling down on us on the day.

“We started off walking up and down the high street and the reactions were just awesome; not just from kids, but from their parents as well. Everyone wanted a picture with us! They asked what we were doing, and as soon as I said that we were raising money and awareness for Pilgrims everyone put their hands into their pockets and gave what they could. It was so nice.

“The beard shave started at 12:30; Shayne Kingham was the kind man who gave up his time to do the deed.” 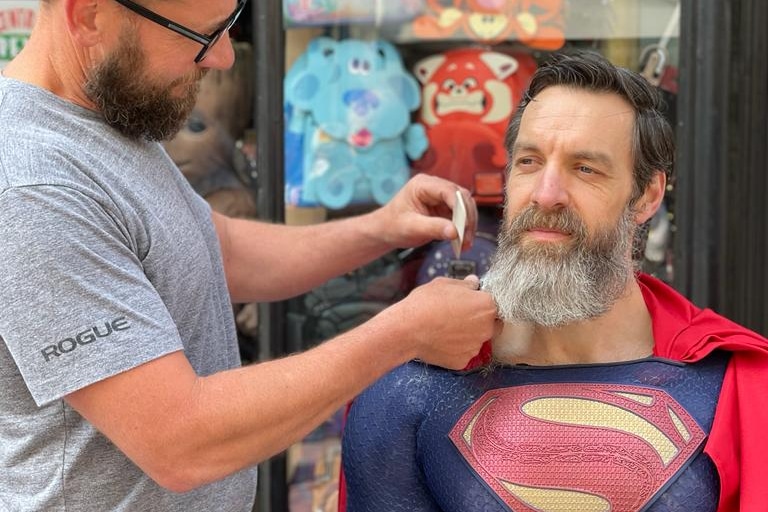 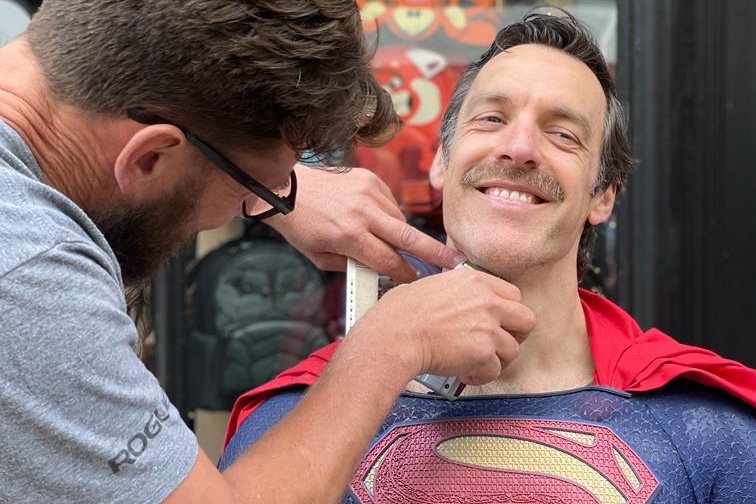 Barry and Laura have raised £4,175 of his target thanks to the generosity of work clients, friends, family and members of the public, and his JustGiving page will remain open for further donations now that he has completed his challenge.

He hopes that alongside raising money, he has also increased awareness of Pilgrims’ services within the community.

He added: “They say that you remember people by how they made you feel. The staff and nurses at the Canterbury hospice left a long-lasting impression; we are full of gratitude and thankfulness for everything they did for us in the final stages of Mum’s illness.

“The kindness we were all shown in Mum’s last few days was phenomenal; it is something we will never forget.”

You can support Barry’s fundraising via his JustGiving page.

Each year, Pilgrims Hospices give care and comfort to thousands of people in east Kent who are coming to terms with an illness that sadly cannot be cured. The charity support patients to live life as well as possible until the very end, free from pain and distress.