Stephanie Wickenden and members of her family presented an incredible £8,319.37 fundraising cheque to Pilgrims Hospice Canterbury recently. The money had been raised in memory of Steph’s husband Mark who was cared for at the hospice in July 2018.

Mark’s sister, Debbie Todd, is a specialist infection control lead nurse at the hospice, she said: “Our family is Canterbury born and bred and Mark was well known and loved by many who knew him from his school days and his career locally as a manager within the construction industry for Barrett’s. He fought bravely against cancer, continuing to work until just a few weeks before he lost his four-year battle aged 53 on 14th July 2018.

“My sister-in-law Steph, cared for Mark at home with support from Pilgrims community team, until he came to the Canterbury hospice in his final days where his care continued: he passed away close to his family and pain-free.”

I would like to thank everyone who kindly donated and helped to raise such an incredible sum.
Stephanie

Steph explained the money had been raised by generous donations at Mark’s funeral amounting to more than £1,100, she said: “More than 400 people attended the funeral; Mark had always lived in Canterbury and retained so many friendships from his youth. It truly was a wonderful tribute to his caring and open personality.

“The Canterbury Golf Club where Mark was a keen club member, held a Mark Wickenden memorial golf day in April of this year which raised almost £4,300.

“And, finally an incredible £1,650 donation from staff and friends of Kent and Canterbury Hospital, Kent Ward, I joined them in an awesome climb over the London 02 to raise money for Pilgrims in memory of Mark.

“I would like to thank everyone who kindly donated and helped to raise such an incredible donation in Mark’s memory. It’s a comfort to know that he was so important to people within the local community.” Steph added. 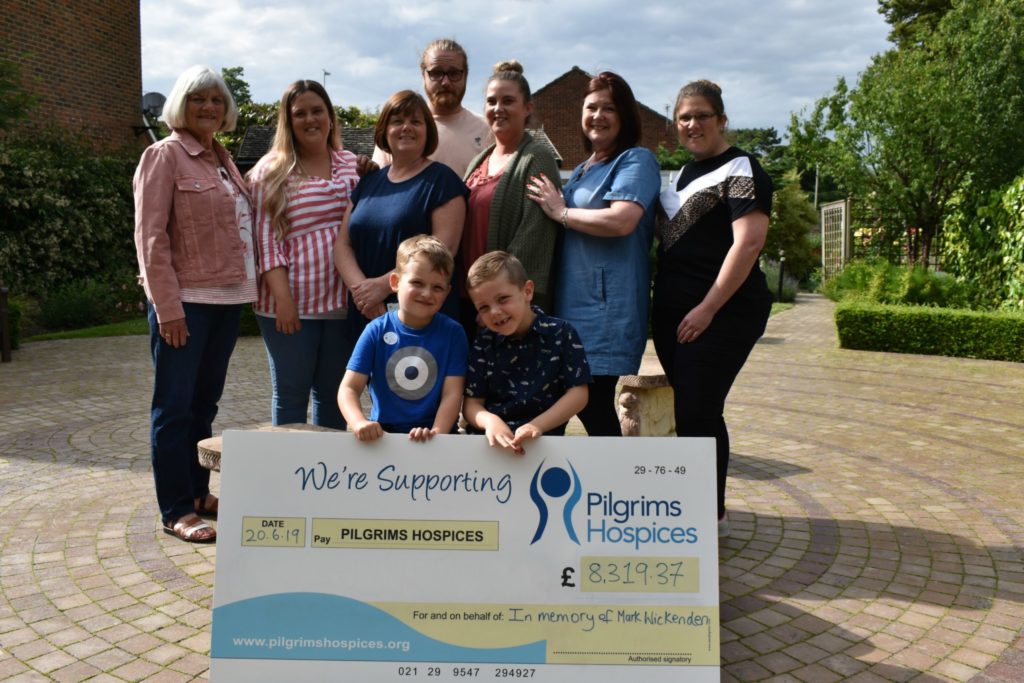 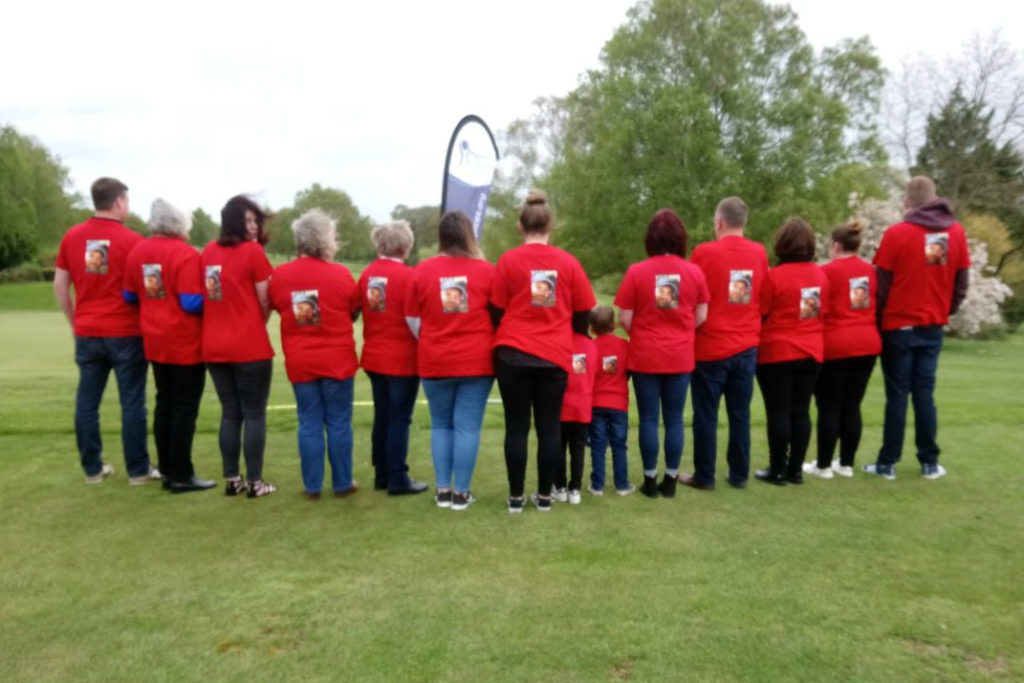 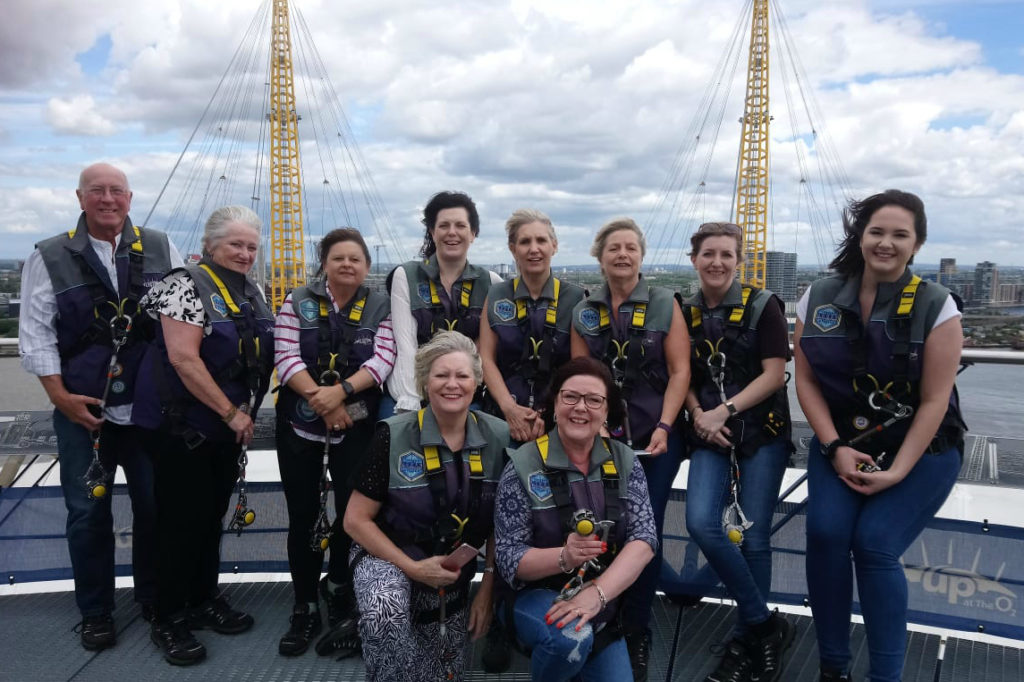 The memorial golf day was extremely special with over 70 golfers taking part. Mark loved his golf and made many friends at the Canterbury club who already support Pilgrims as their charity of the year.

The club’s flag was at half-mast and the family wore Mark’s favourite Liverpool team colour T-shirts printed with his smiling face for the event. Many local businesses and friends made donations and gifts for raffles prizes, which helped to raise such an amazing sum for Pilgrims care.

The hospice hopes to purchase a specialist bariatric chair with the money raised. Debbie said: “We can hire these chairs when required but it would be wonderful to have one on-site for patients’ comfort. Mark really appreciated being able to sit in comfort, it would be a lovely legacy.”

Each year Pilgrims Hospices give care and comfort to over 2,400 people in East Kent coming to terms with an illness that sadly cannot be cured. The charity supports patients to live life as well as possible until the very end, free from pain and distress.