Retired doctor and sailing enthusiast generously donates his book royalties to Pilgrims Hospices. Irving Benjamin’s book Ninety-Nine Days has so far raised over £400 for the end of life charity who cared for his late wife Cate.

Irving hopes this will be the first of many donations from the book royalties.

Irving is a retired surgeon, having worked as a Professor of Surgery and head of department at King’s College Hospital from 1990 until he took early retirement in 2006.

Originally from Scotland, Irving lived in London from 1979, and moved to Deal with his first wife in 1997. Sadly she died suddenly in 2000, and he married Cate in 2006 having already known her as a good family friend.

Irving said: “I had taken up sailing in the 1990s, Cate and I bought our 33 foot yacht ‘Vega’ together, and enjoyed coastal and cross-channel sailing. We made our first trip around Britain in 2007, helped by a number of friends aboard at various times, but it was in that year that Cate discovered the breast cancer which was to change our lives for a number of years. We interrupted our travels, over wintered Vega in Inverness, and returned to London while Cate underwent treatment. We did some sailing in the Netherlands in 2008 and the following two years, but when Cate was discharged from follow-up in 2012 we decided to complete our around Britain trip including the north coast of Ireland, the Inner Hebrides and Orkney.

“The whole trip lasted Ninety-nine Days (the title of the book), and I kept a detailed illustrated blog, and later edited the text and illustrations of the log into a book, with Cate’s help and critical assistance. I promised Cate that we would publish it together; I had hoped that would happen during her lifetime, but sadly I was not able to make that deadline. 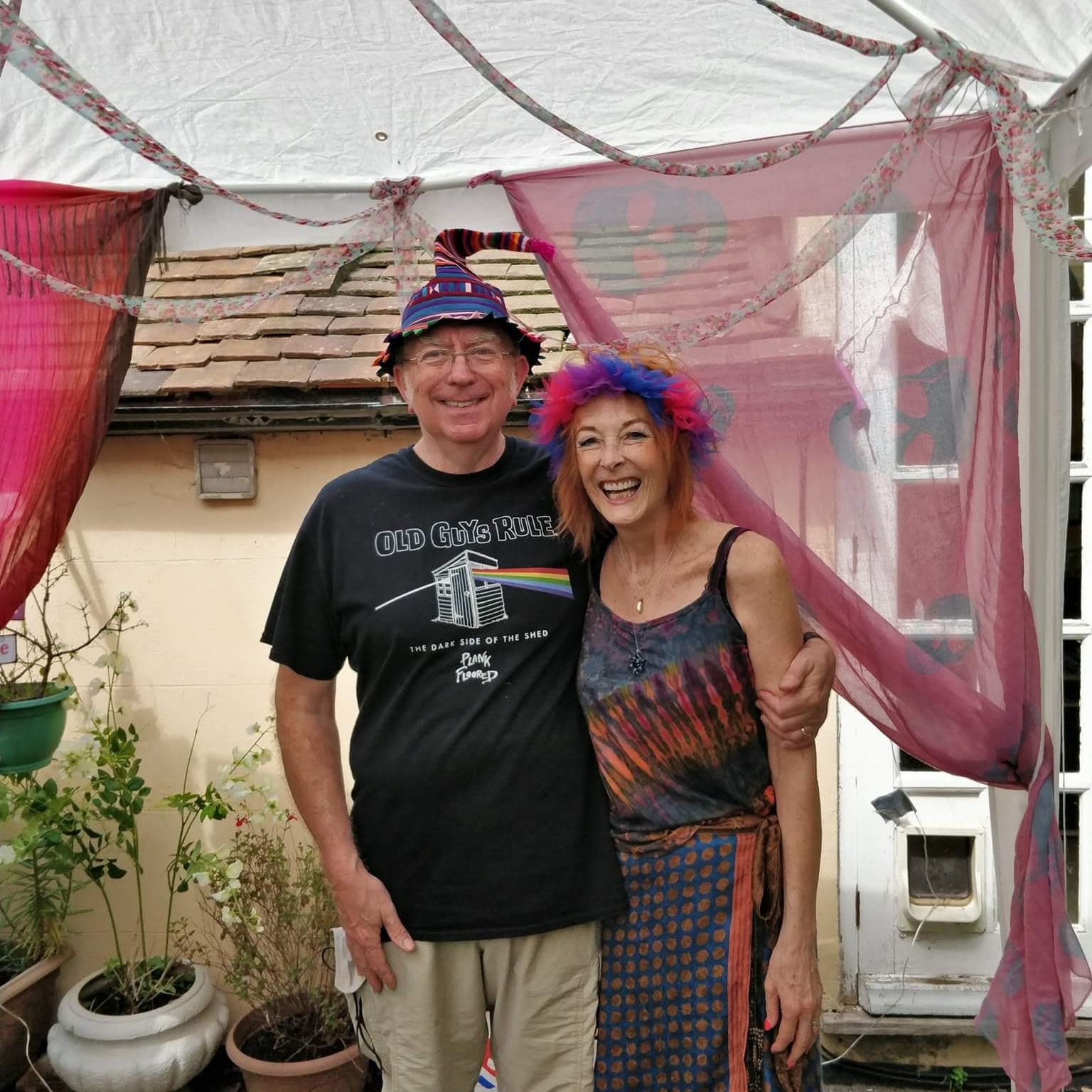 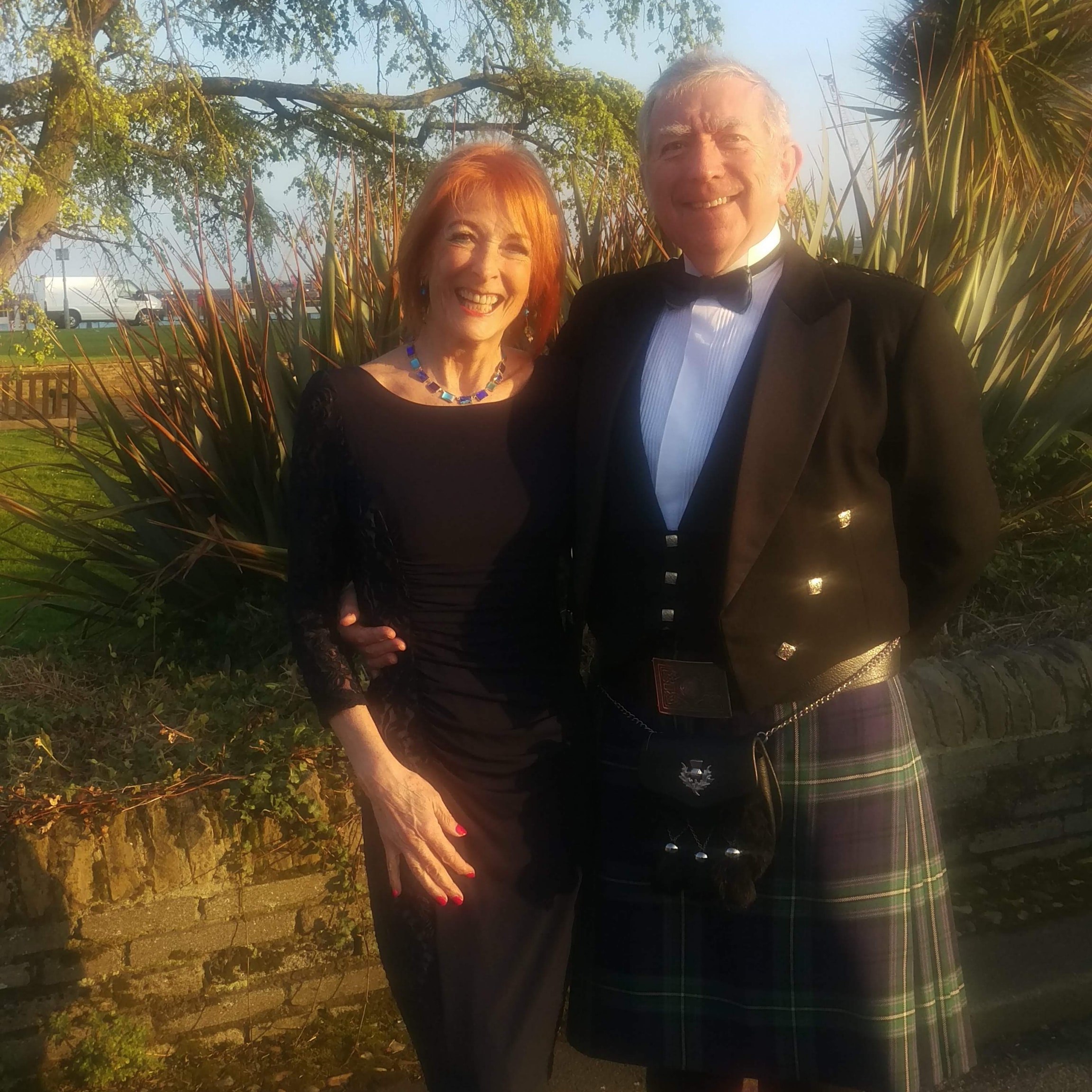 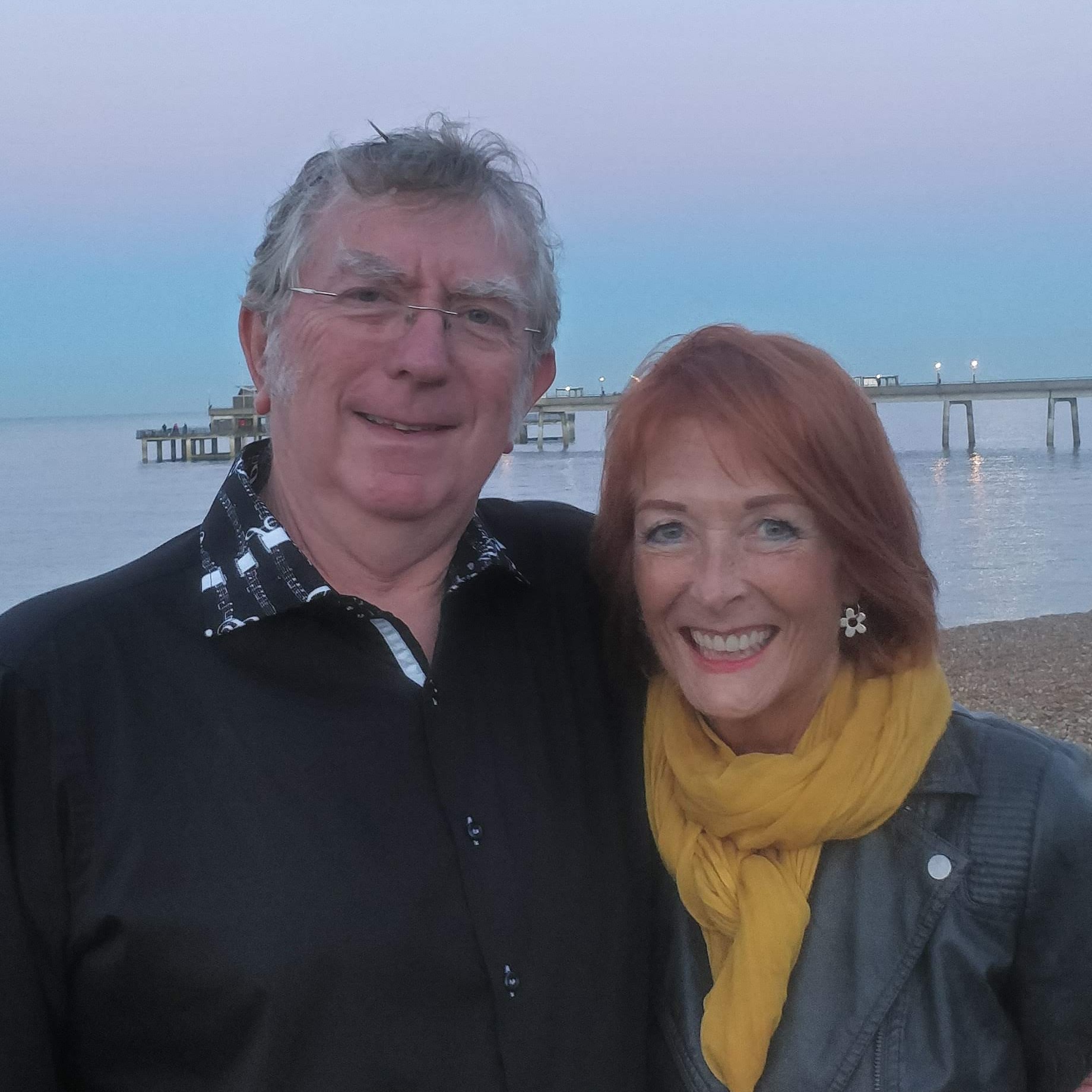 “Cate developed recurrent disease in 2016, and underwent further treatment, mostly at Kent and Canterbury Hospital. As her disease progressed she required the support of Pilgrims Hospices; with regular phone calls and personal visits from hospice nurses and from Dr Andrew Thorns.

She had a beautiful non-religious ceremony performed by a wonderful doula, and is buried in a lovely location in Deal cemetery, in what will eventually be our double grave.

“By June 2020 it was decided that no further active treatment was indicated, and from around that time she was practically bedbound. In accordance with Cate’s wishes we had decided that she would remain at home with me for as long as it was possible, and preferably to die in our own bed. The care we received from Pilgrims community care team was absolutely second to none, and it was helpful that as a retired doctor I was able to manage symptom control alongside the other carers. I was with her all of this time, prepared food for us to share, and read books to her in bed. Luckily, this all happened before the most severe strictures of the lockdown, so she was able to have a few short family visits. She became quite confused in the last two to three weeks, and died quietly in bed in the early hours of 14 September. She had a beautiful non-religious ceremony performed by a wonderful doula, and is buried in a lovely location in Deal cemetery, in what will eventually be our double grave.”

“We have the most wonderful extended family, Cate has two children living in Deal, with grand-daughters aged six and eight, and two children in Canada, with an eight-year-old grandson. I have two children of my own in the UK, and one in Australia, and between them four grandchildren aged between 13 and 29!  They are generous with their love and support and I’m comforted to have them all.

“We enjoyed music together and would go to festivals whenever we could, including Glastonbury. We were also regular supporters of Scottish and South African rugby (Cate was born in Durban), and went to all the games at Murrayfield and a few in Paris, Rome and Dublin.

“Although I didn’t manage to publish our adventures before Cate passed away, it’s now published through Amazon Kindle Direct Publishing. It’s available both as an e-book, and a paperback. The paperback is a much nicer publication, because the e-book does not do justice to the lavish colour illustrations and the glossy cover, but unfortunately Amazon pass on the high printing costs for the paperback, which puts the price up a lot in order to be able to make enough in royalties to pass on to Pilgrims Hospices. I’ve just received my first royalties, and I am able to pass on the whole sum, which is now just over £400, hopefully as the first instalment of many. I’m keen to have the book sold as widely as possible, in order to boost the donations, so the more publicity it can get the better. 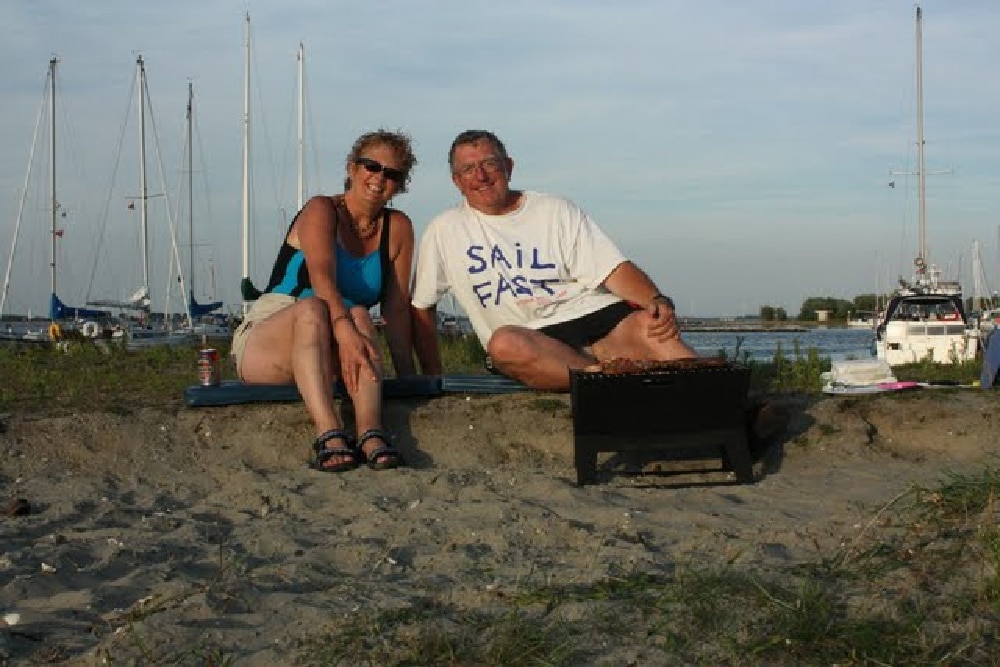 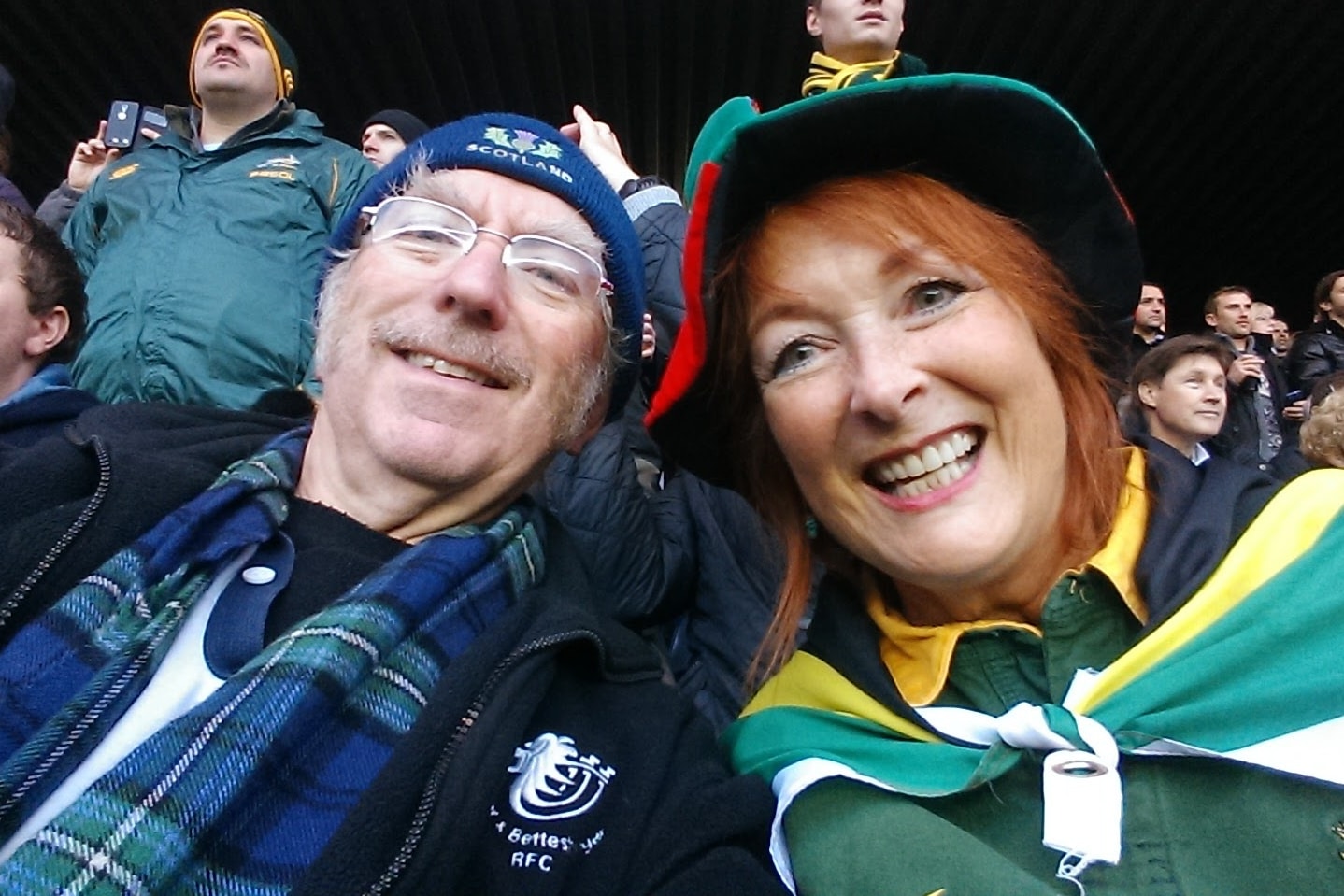 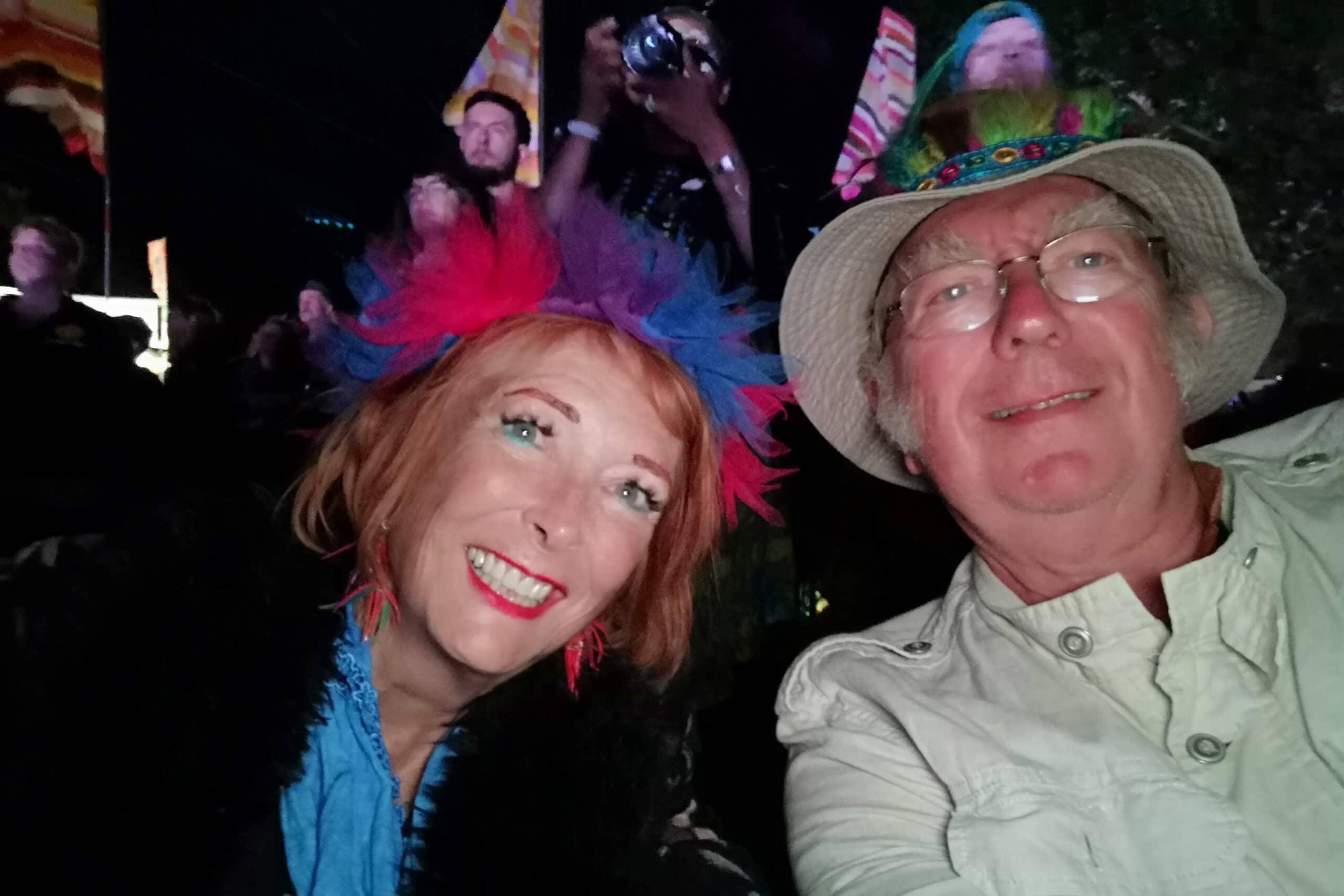 “After Cate’s death we set up an online tribute page, which has raised over £1,000 for the hospices. In addition, a group of us have been writing together for the last couple of years as Deal Poets Society, and we launched our first anthology, Love, Life, Loss at the end of 2019, with a celebration at The Lighthouse in January last year. Again, all the proceeds from that work have gone to Pilgrims Hospices; we are planning a second volume for the end of this year.”

Dying Matters Awareness Week is a chance to come together and open up the conversation around death, dying and bereavement.

Tell your story and join in the conversation on social media using the hashtags #InAGoodPlace and #DMAW21.

Pilgrims Hospices host community events throughout the year for the general public, aiming to open up the conversation about death and dying; with film screenings, poetry readings and Death Cafes and much more, there’s something for everyone.

Visit pilgrimshospices.org/timetotalk to find out more.