Walkers enjoyed a 25km or 50km hike through ancient woodland, rolling fields and picturesque villages along the Pilgrims Way to the historic city of Canterbury; the finish line for 25km participants and mid-point for the 50km hikers, who headed onward to a coastal finish beneath Dover Castle. The event is set to raise more than £40,000; this figure will help Pilgrims cover more than 2,000 hours of nursing care at the hospices in Ashford, Canterbury and Thanet and within peoples’ homes. 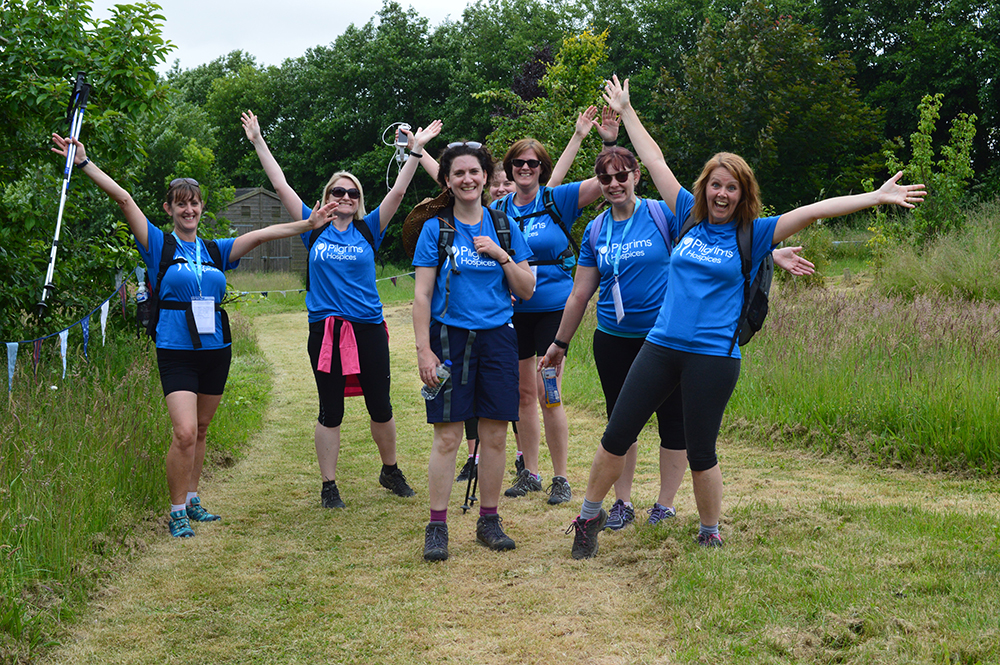 Novice and seasoned walkers alike joined the sponsored event along with many regular Pilgrims supporters, who all got to enjoy exploring one of England’s oldest and least-trodden national trails.

Many people chose to walk the Pilgrims Way Challenge in memory of a loved one, in appreciation of the care they experienced from Pilgrims.

Terri George from Tenterden walked with friends in a team – Anne’s Angels – in memory of her mum, Anne George, who received care at Pilgrims Hospice Ashford in 2016. The Pilgrims Way Challenge was a fitting event for the team as it took place on the second anniversary of Anne’s death. Terri said: “Pilgrims gave Mum amazing care; she felt so safe at the hospice.”

Pilgrims gave Michael such excellent care; the staff were fantastic. We’re walking so that others can have that same experience.

Jemma van der Byl and daughter, Millie van der Byl Williams, from Faversham, walked in memory of Jemma’s dad, Peter van der Byl, who was cared for at the Thanet hospice. Jemma said: “Pilgrims cared for our whole family; they were amazing.”

Denise and David Yeo from Dover walked 25km in memory of their friend, Michael Harrison, who was cared for at Pilgrims Hospice Thanet. David said: “Pilgrims gave Michael such excellent care; the staff were fantastic. We’re walking so that others can have that same experience.” 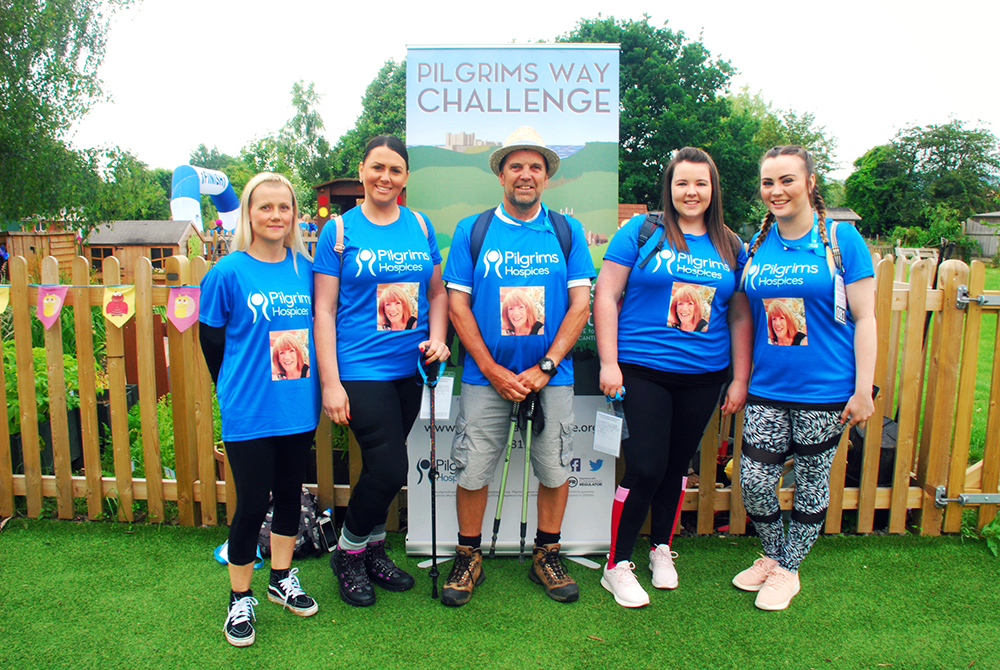 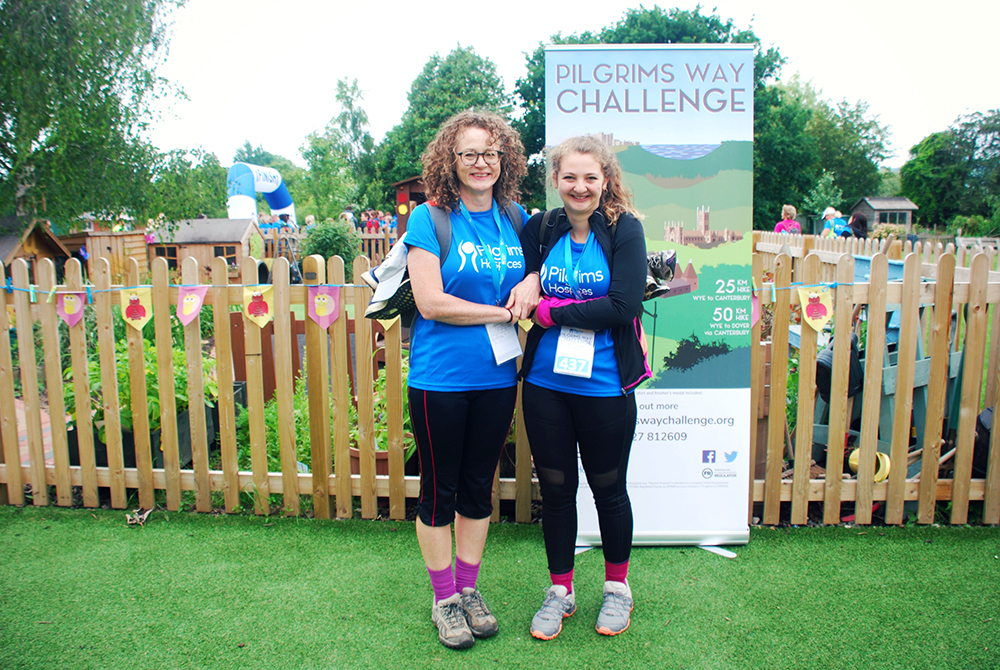 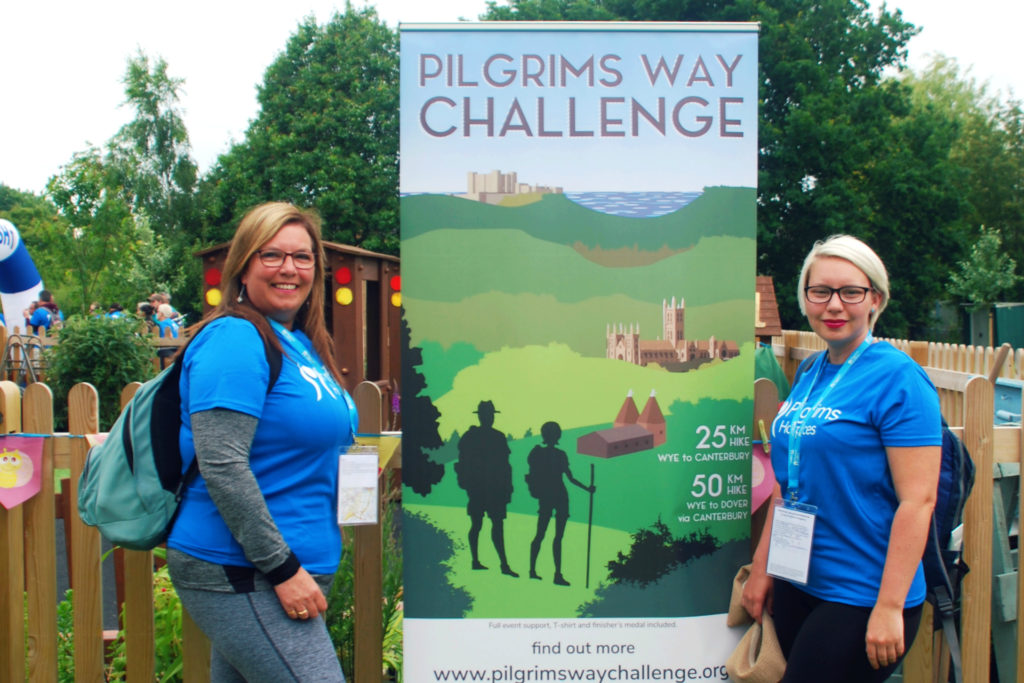 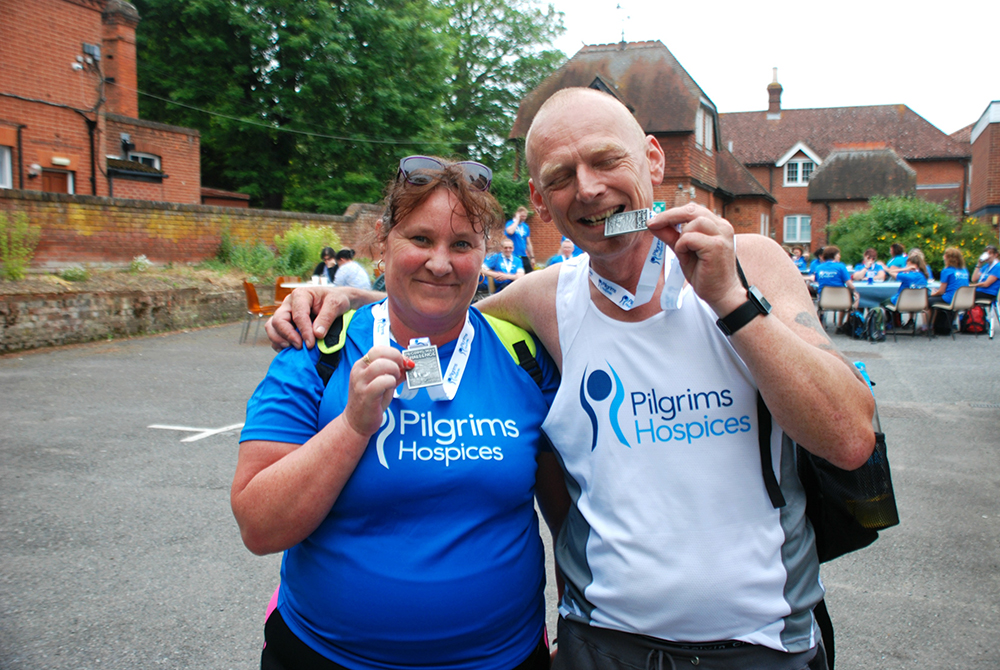 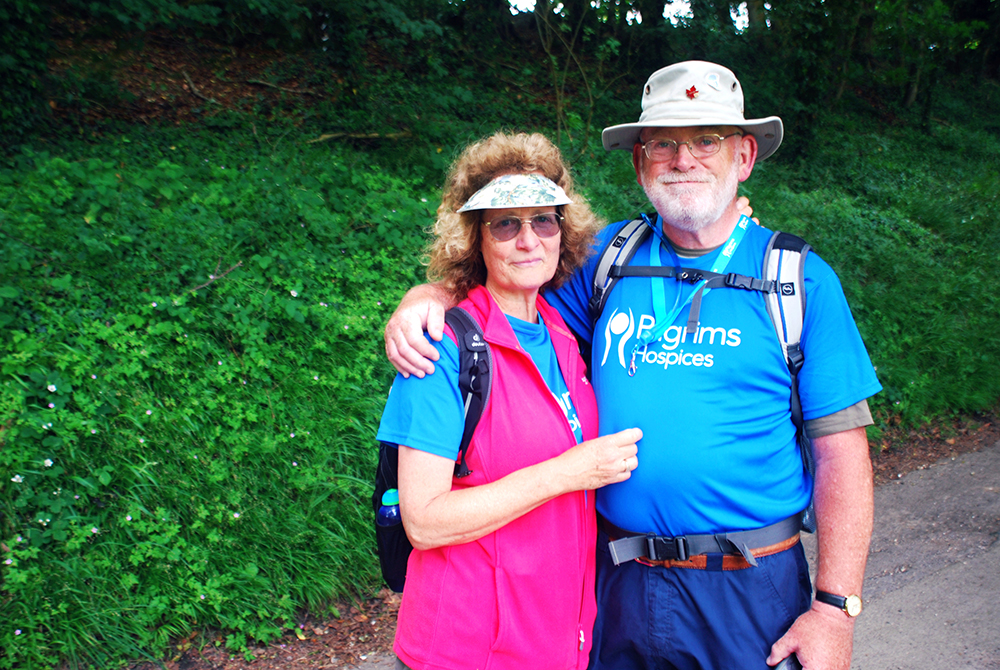 Graham and Sally Smerden walked in memory of Graham’s mum, Peggy Smerden, who was cared for at Pilgrims Hospice Canterbury in 2002. Graham said: “The Pilgrims staff were amazing; the hospice was such a peaceful place for Mum.”

“It was humbling to see how far people go”

In true Pilgrims style walkers were supported throughout the journey with rest stops offering sweeties and water; a more leisurely break at St Mary’s Church, Chilham for rolls, snacks and a well-deserved seat in the churchyard and then on to Chartham Hatch for delicious cakes, strawberries and tea. The 25-kilometre walkers finished at Pilgrims Hospice Canterbury where medals were presented and hot meals distributed to refuel after the long walk. The 50-kilometre walkers continued the journey onward to Dover. 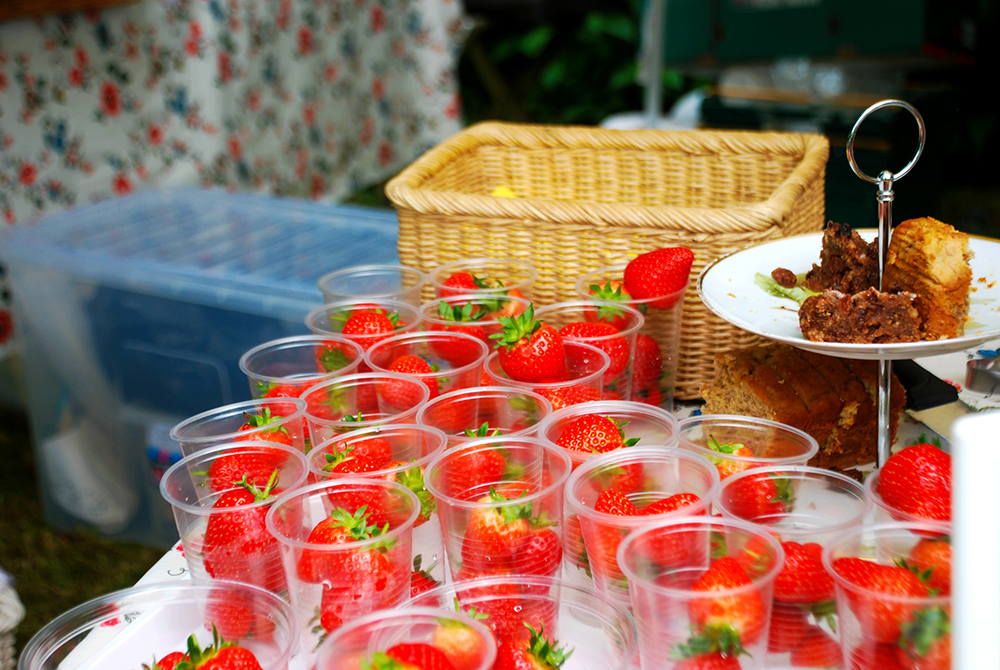 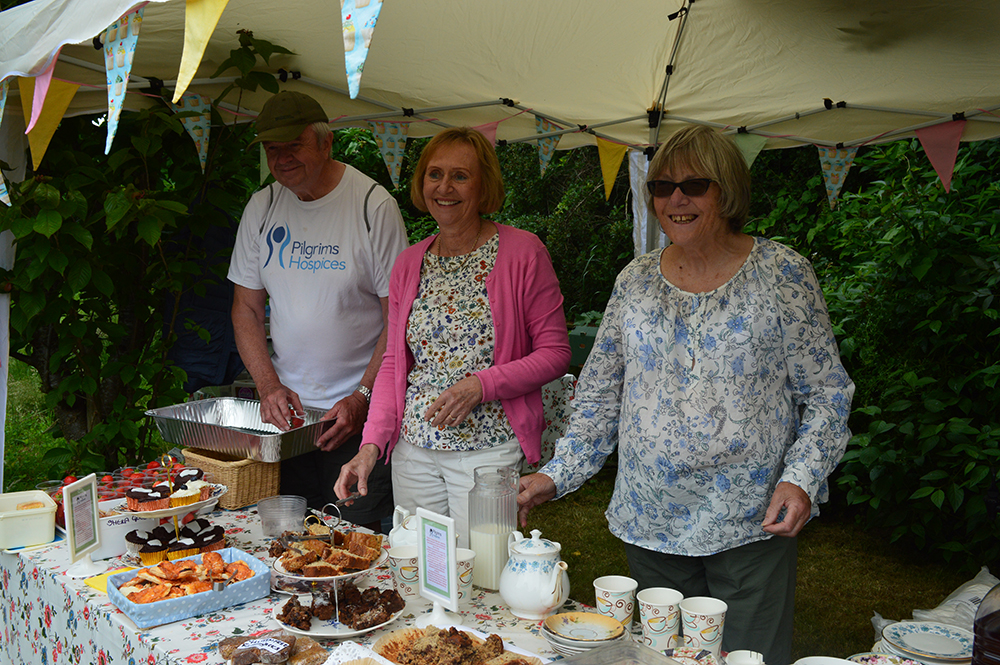 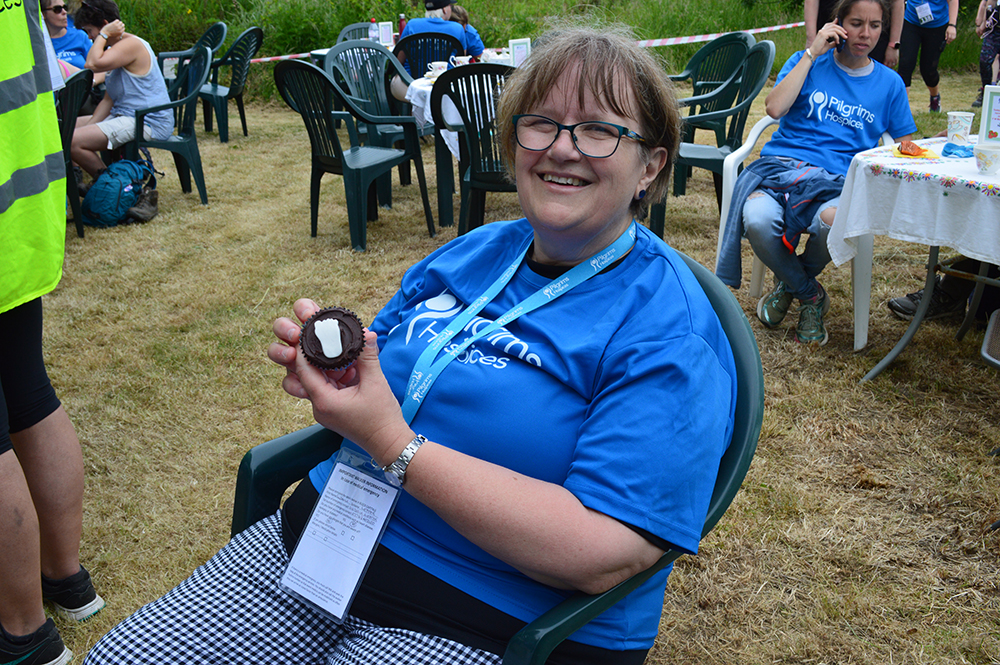 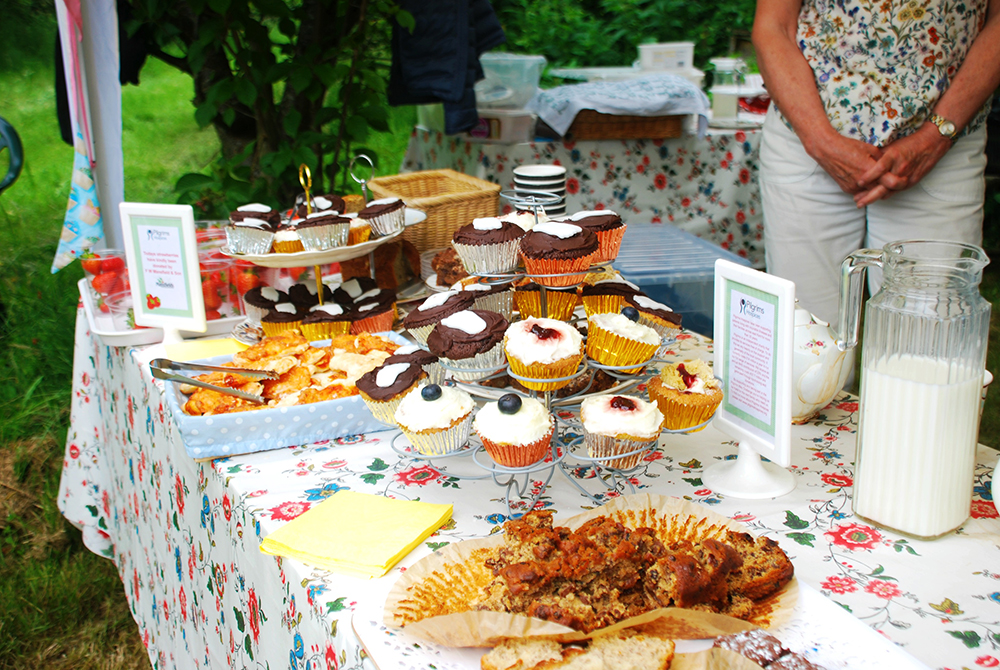 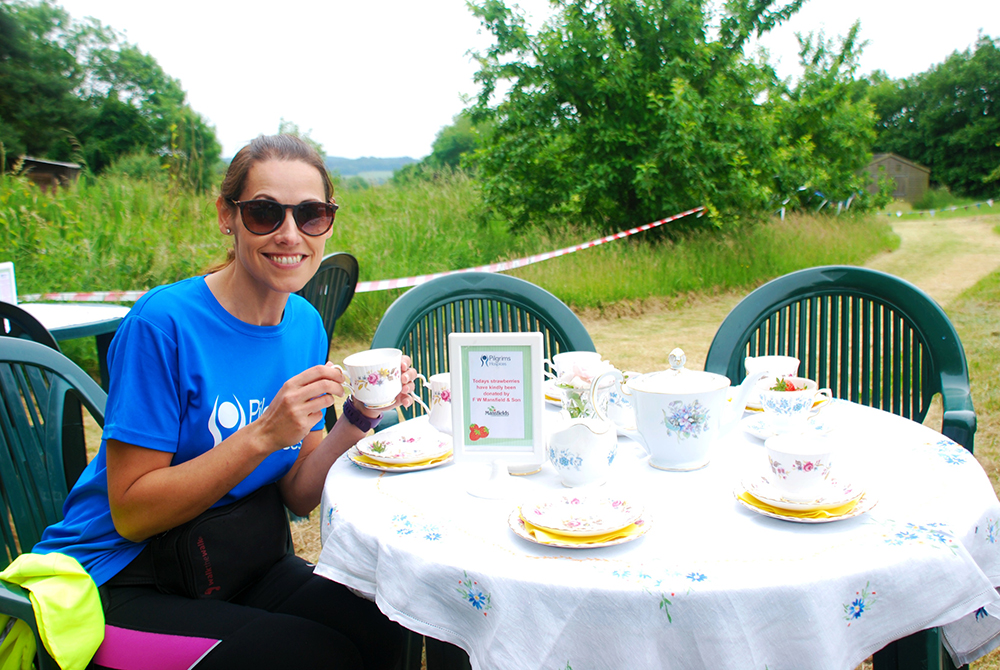 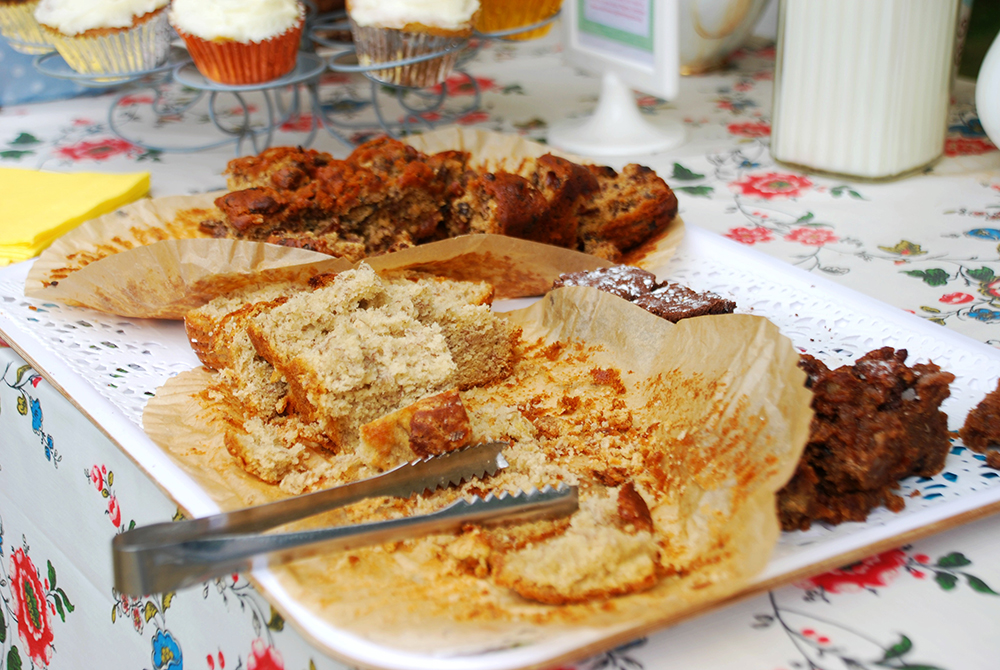 Kevin and Karen Thompson from Ashford took on the 25km route after having such positive experiences at several previous Pilgrims events, and the Pilgrims Way Challenge proved just as enjoyable. Kevin said: “I’ve rode Pilgrims Hospices Cycle Challenge a few times. We like challenges and this one is a bit different, and it’s nice to support the local hospice. Pilgrims events are always so well organised and run so we keep an eye on what events are coming up.”

The Mayor of Ashford, Jessamy Blanford, set the walkers on their way with words of encouragement and the Lord Mayor of Canterbury, Colin Spooner, was at the Canterbury hospice to congratulate those crossing the finish line.

We like challenges and this one is a bit different, and it’s nice to support the local hospice. Pilgrims events are always so well organised and run.

Robert Grew, Pilgrims Events Fundraiser said: “It was such a great day. We had hundreds of walkers of all abilities taking on the challenge and I’m in awe of every single one of them for what they’ve achieved. It was humbling to see how far people go to support the care we provide for families, and what it meant to them when they finally reached the finish line after such a gruelling challenge. Collectively, they walked over 12,500km. Their grit and determination was amazing.

“I’d like to say a huge thank you to the army of Pilgrims volunteers who gave their time and energy to support our walkers, whether it was with marshalling the route, preparing refreshments or encouraging people along the way, we couldn’t have done it without you.”

Fancy getting involved with a Pilgrims event? Check out our event calendar to find out what’s coming up, including:

If you or someone you know is coping with a life limiting illness and you think you may benefit from Pilgrims free services, talk to your GP or Healthcare Professional about your options or click here to read about our Wellbeing and Social Programme.