Theresa, from Whitstable trained as a nurse at the Canterbury and Thanet School of Nursing, she qualified in January 1987, having toyed with the options of children’s physiotherapy or teaching before her training.

Pilgrims Hospices is grateful for the influence of Theresa’s mum who was also a nurse, who encouraged her to train. We are fortunate to benefit from her compassionate skills and continued learning within palliative care nursing. Theresa plans to continue with her love of caring for those who need that extra special Pilgrims care, along with supporting her colleagues with specialist training.

I’ve always enjoyed nursing patients who need some additional time and care, and have a keen interest in palliative care where these skills are particularly useful. There’s something very special about looking after the elderly or people with longer-term health conditions.

Theresa began her nursing career from school, initially taking a nursing role in Ear, Nose and Throat post at Kent and Canterbury hospital.

She said: “I saw the hospice was advertising for nurses and I applied, and got the job in March 1988; spending time until January 1990 as a staff nurse at the Canterbury hospice. As a staff nurse, I worked with Annie Hogben, who is also still a member of the Pilgrims care team; we were both in our early 20s when we started and later had families around about the same time, it’s so nice to see we’ve been able to continue our careers with Pilgrims Hospices.

“I took some time away from the hospices to work at the Royal Marsden on a specialist cancer course. It gave me an important foundation to know more about a patient’s cancer journey with chemotherapy and other treatments explored in great depth. I was keen to return to the hospice but was encouraged by the Matron Ann Campbell to continue to extend my skills, so I worked on Viking Ward at Margate hospital as a senior staff nurse for nearly two years.

“I’ve always enjoyed nursing patients who need some additional time and care, and have a keen interest in palliative care where these skills are particularly useful. There’s something very special about looking after the elderly or people with longer-term health conditions.

“I always wanted to return to hospice care, and watched with great interest as the hospice in Margate was built as I passed by on the bus.

“I had an opportunity to interview for a post at the new hospice, and was appointed as ward sister starting in August 1992, with an induction in Canterbury while the Thanet hospice was being made ready, it was very exciting.” 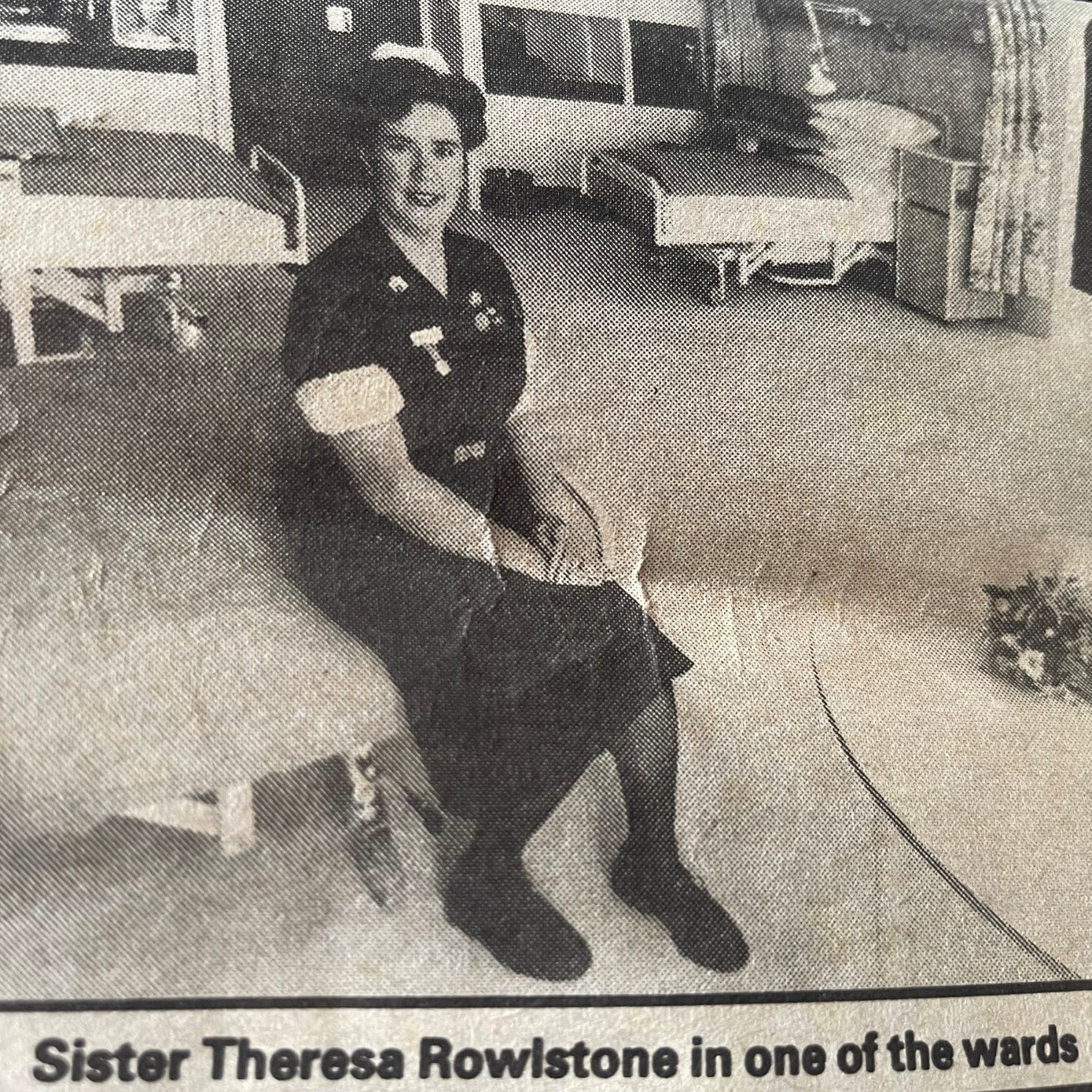 Over the years, Theresa initially spent two years at the Canterbury hospice as a staff nurse, then worked as a ward sister, and senior nurse manager for 17 years at Thanet. She has nursed on all three of Pilgrims Hospices sites in Canterbury, Ashford and Thanet.

Throughout Theresa’s nursing career with Pilgrims, she’s been an integral part of training and education for Pilgrims nurses and the wider community of carers. Her interest in supporting and developing her colleagues’ knowledge and skills has led her to qualifying in teaching; she achieved a Master’s degree in 2009 and joined the education team in a clinical practice development role. The role involved palliative care training both internally and externally, working closely with the education team to also set up clinical skills training. She has also been involved with working with the Hospice at Home team’s training and development, and assessing / mentoring  them whilst completing their foundation degree.

Theresa added: “Although I loved the training and teaching element, I truly missed the nursing on the ground level, and it wasn’t long before I returned to the wards to support patients first-hand.”

After adding some additional skills to her portfolio, she applied for the position as a trainee ACP. She has now worked as an Advanced Clinical Practitioner for over seven years. The ACP role is a relatively new initiative and is developing country-wide as healthcare services change. This fulfils a similar role to a doctor, working closely with patients, their families and colleagues to prescribe and plan for the management of their symptoms, medication plan and ongoing care. Theresa still has some involvement with research and education, as this is an important part of what Pilgrims do.

Each site has an ACP – Debbie Boots, Amanda Timms and Theresa – with three trainees starting this year – Charlotte, Michelle and Hayley – who will ensure these important senior roles have successors. Pilgrims want to ensure staff can continue to develop their careers in palliative care.

I’m sure many people don’t realise that 40% – 50% of our patients are discharged home from the hospice in-patient unit, and continue their care and support within the community services. These services are an invaluable part of Pilgrims care, helping people to remain in the comfort of their own home for as long as possible.

Theresa is married to Paul and they have two grown up sons, who are her greatest supporters. She added: “My boys have been involved with Pilgrims from when they were babies. Over the years, they have met so many of my colleagues, been recruited as volunteers and helped at many events, including summer fairs and the Christmas Trees of Love at the hospices.”

When asked how she relaxes, Theresa said: “I used to sing with local choirs, but am now part of the local theatre in Whitstable, performing in plays, pantomimes and musicals. I can also be found leading the theatre’s wardrobe team.

“I’m a grandmother now, and visit as much as I can, so that’s pretty special in my life too.”

“I have seen many changes, worked under a number of Chief Executives and Senior Nurses, but our priority has always been our patients, they are at the heart of everything we do. The breadth of services we offer is brilliant, introducing more patients to our social work, counselling, spiritual care, physio, occupational therapy and wellbeing support. I’m sure many people don’t realise that 40% – 50% of our patients are discharged home from the hospice in-patient unit, and continue their care and support within the community services. These services are an invaluable part of Pilgrims care, helping people to remain in the comfort of their own home for as long as possible.

“I have the same passion now as I had in the beginning. I’m very lucky that I love what I do and it gives me so much back professionally and personally; I feel very blessed, not too many people can say that about their job. I’ve met some amazing and inspiring people during my career, and I’ve found it a very happy experience, and a supportive area to work in. It’s wonderful to see the hospices recognised as the clinical speciality we see today, which is very different from the 1980s as the service was evolving.

“I’m very pleased to have been persuaded to apply for my role as an ACP, it was the best decision career-wise that I’ve made.”

Find out about nursing careers for Pilgrims Hospices at pilgrimshospices.org/jobs.

Pilgrims Hospices cares for thousands of local people each year, free of charge, during the most challenging time in their lives. They offer care and support in people’s own homes, in the community and in their inpatient units as well as running a 24-hour advice line.