Cry, Heart, But Never Break is a children’s book that explores death, dying and grief through three young children – Nels, Sonia and Kasper – whose beloved grandmother dies. When Death arrives, he helps them to understand that although loss is sad, it is also a natural part of life.

Here, author Glenn Ringtved explains why he wrote the book and how it can be helpful for parents and children.

How have your own views on death, dying and grief been shaped?

I don’t have any special qualifications to talk about death. I am just a person who wrote a children’s book, based on some emotions I experienced when I lost my mother. As a young person, I guess you don’t spend much time thinking about death. And you shouldn’t. I believe we are supposed to live our lives in the best possible way, and we are not supposed to know much about death. It’s one of the mysteries of life. We need those. It’s just there, it’s inevitable.

I did have a period, around my 30th  year, where many people around me died, including my mother. You start thinking about it when it is present. But then you have to let go again and live your life. 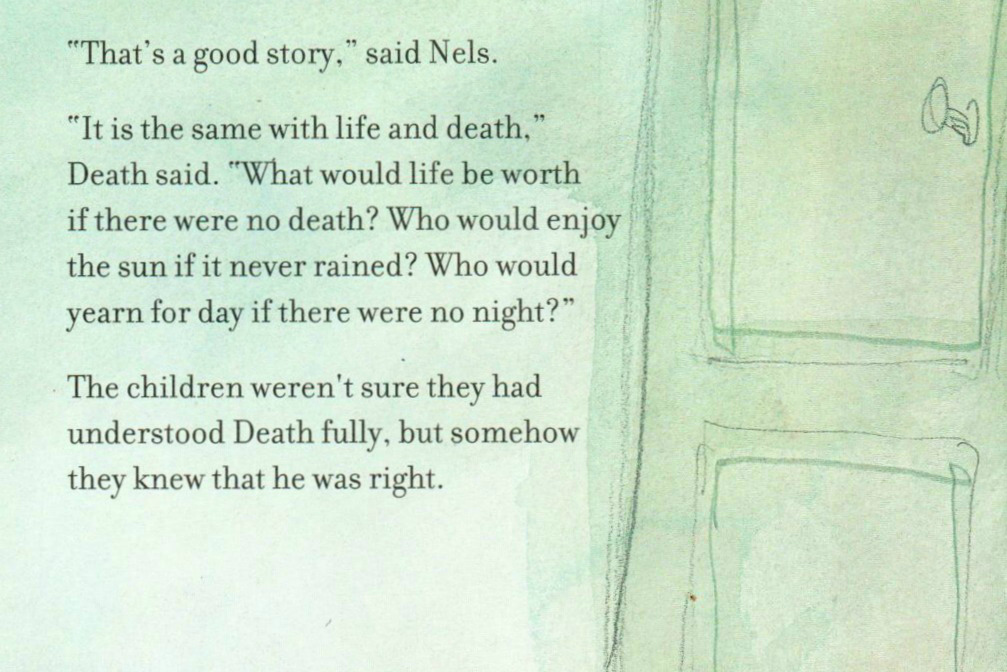 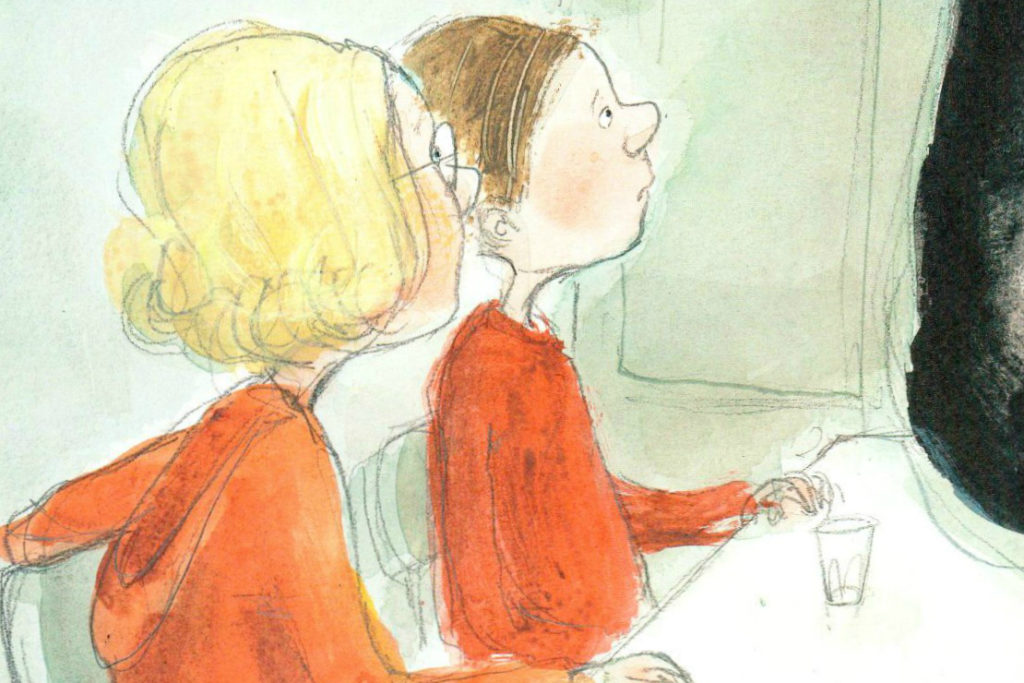 What inspired you to write a children’s book about death?

I wrote this book when my mother was very sick from cancer. She was 54 when she died. I went to the hospital with her the day they told her that they could do nothing more for her. Afterwards, we went home and talked about it. Of course, we were both very sad, but she said this: “Cry, heart, but never break”. It was her way of comforting me and explaining that it was okay to be sad, but that I had to remember life goes on. When I came home that night, I was laying in bed thinking about how to explain this to my own kids. I wrote the story the same night – not to make a book, but just to have some way to start talking to my kids about death. Later, it became a book.

In Cry, Heart, But Never Break, the children experience grief through their elderly grandmother dying, a process that is often considered normal and natural when grandparents reach old age.

Can the book be helpful for children experiencing other forms of grief, such as that triggered by the death of a parent or sibling?

Yes, I think this book can be useful when kids experience any kind of loss, even their pets, which can be extremely painful. I remember losing my dog when I was 11 and I just couldn’t get over it. The book could have been about anyone or anything, I just used the grandmother because that was what my kids and myself could relate to in that moment.

Children are intelligent people. They have eyes and ears, and they see and feel what is going on around them. They know that death is there and they will experience it sooner or later, so it is important that we talk about death. If you see a dead bird lying in the garden, talk about it and make a little funeral.

Why do you think it’s important to talk about death?

Well, as the book says, death is a natural part of life, so the more we are able to talk about it in a natural way, the easier it is to deal with it when we experience it.

How do you hope the book will be utilised by different audiences – children, professionals and others?

It is a book that is written about emotions, it was how I felt it and needed to express myself. I hope that shines through the text. I hope parents will take the book down from the shelf and have a talk with their kids afterwards, and not just use it as a goodnight reading. It’s not that kind of book, and it is not for children to read alone.

Have you heard about any ways it has already been useful for people?

It is 17 years since I wrote the book and it was published in Denmark, so I don’t remember too much about the reaction. But I know that it has been used at church services in the USA, I have seen some on YouTube, although it is not a religious book. I am happy that the book is used all over the world, regardless of what religion people have. I didn’t think in a religious way at all, but I know people are very happy about it and are using it widely. 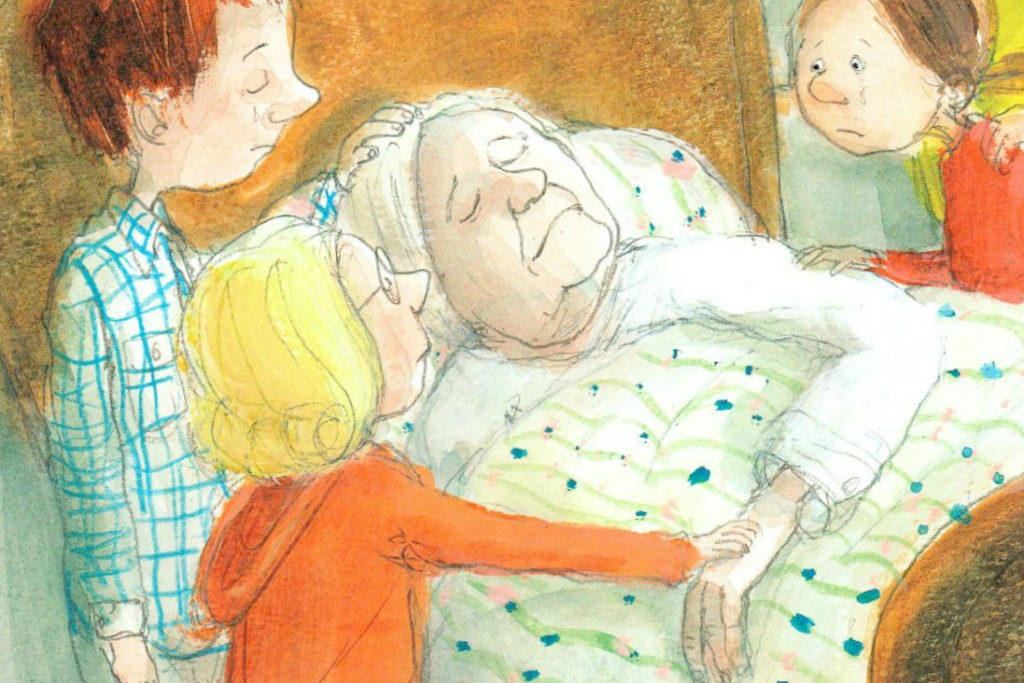 Alongside books like Cry, Heart, But Never Break, what more can be done to make death less scary for children, as well as for ourselves?

It is important to remember that children are intelligent people. They have eyes and ears, and they see and feel what is going on around them. They know that death is there and they will experience it sooner or later, so it is important that we talk about death. If you see a dead bird lying in the garden, talk about it and make a little funeral. We just need to accept death and not be afraid of addressing it.

Cry, Heart, But Never Break is written by Glenn Ringtved and translated into English by Robert Moulthrop, with illustrations by Charlotte Pardi.

If you’re interested in books on death and bereavement for children and young adults, you might enjoy these other great titles: