The Life of Death is a short animation that follows Life, personified as a doe, as it encounters Death, a ghostly character who nevertheless turns out to be kind, caring and compassionate. Initially fearful, the doe tries to avoid death, but finally comes to accept its essential relationship to life and recognises that this is natural, not scary.

Here, animator Marsha Onderstijn explains how she came to make the film and why she chose to focus on the universal themes of life and death.

The Life of Death from Marsha Onderstijn on Vimeo

Why did you want to make an animation about life and death?

The Life of Death was my graduation film at the AKV St. Joost Art Academy in the Netherlands. I decided on the theme of life and death, because it is such a universal topic. Even without any dialogue in the animation, it would be recognisable to anyone in the world. I wanted to express my own views on life and death by packing it up in a small and, hopefully, endearing story.

Death is a theme that has been endlessly explored in art, religion and philosophy. Very often, death is portrayed as something scary and evil, but even as a child I could never understand why people were so afraid of death.

To me, death is simply part of life.

That is why I decided to make Death the protagonist of my animation, which gave me the ability to show him in a different light. I wanted the audience to relate to Death, to feel for him and wonder if maybe he isn’t all that bad. 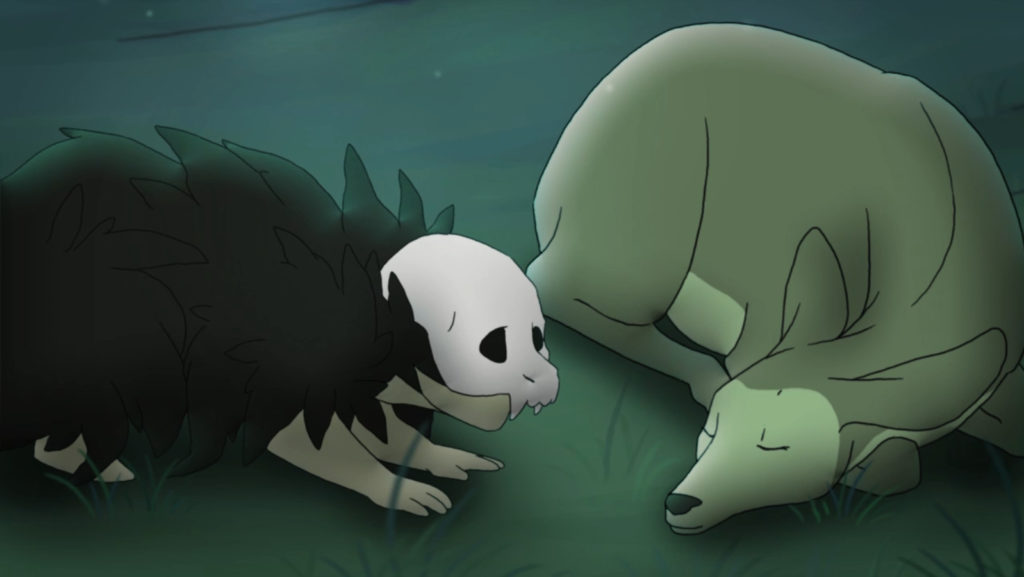 Do you think nature and the natural world can help us to process and understand death?

Death happens all around us in nature, all the time. To me personally, there is a lot of acceptance of death in nature, because it seems it is simply part of life.

How has The Life of Death been received since its release?

I’m amazed at the incredible response The Life of Death has gotten. To this day, I still get messages from people all over the world, writing about how my animation has changed their view on death, or how it helped them grieve, or how it made them be less scared of death. Some people have played it at their funeral. Some people use it in class to help discuss death with children.

It is humbling and amazing, because I would never have thought my animation could have such an impact.

What is your best life advice, given that death is inevitable?

I think one can only talk in clichés when it comes to life advice, but that doesn’t mean they’re not true: Be kind to yourself and others. Do what you love. Be yourself. And enjoy the NOW!

Marsha Onderstijn is an animator from the Netherlands. She studied Animation at the St. Joost Kunstacademie in Breda, specialising in 2D animation. Since graduating in 2012, she has worked as a freelance animator and storyboard artist on both commercial and independent projects.