Three charity Santas on the Run events took place during November and December in Herne Bay, Folkestone and Margate. The Santas ran, jogged, skipped and walked their way along the 3K or 5K routes in the beautiful coastal towns in support of the charity who provides end-of-life care across east Kent in people’s homes, within its Therapy Centres and wards at the hospices in Canterbury, Margate and Ashford.

Everyone was there for a very good Claus, including well over 150 elf volunteers who were all acting as Santas helpers on the day. 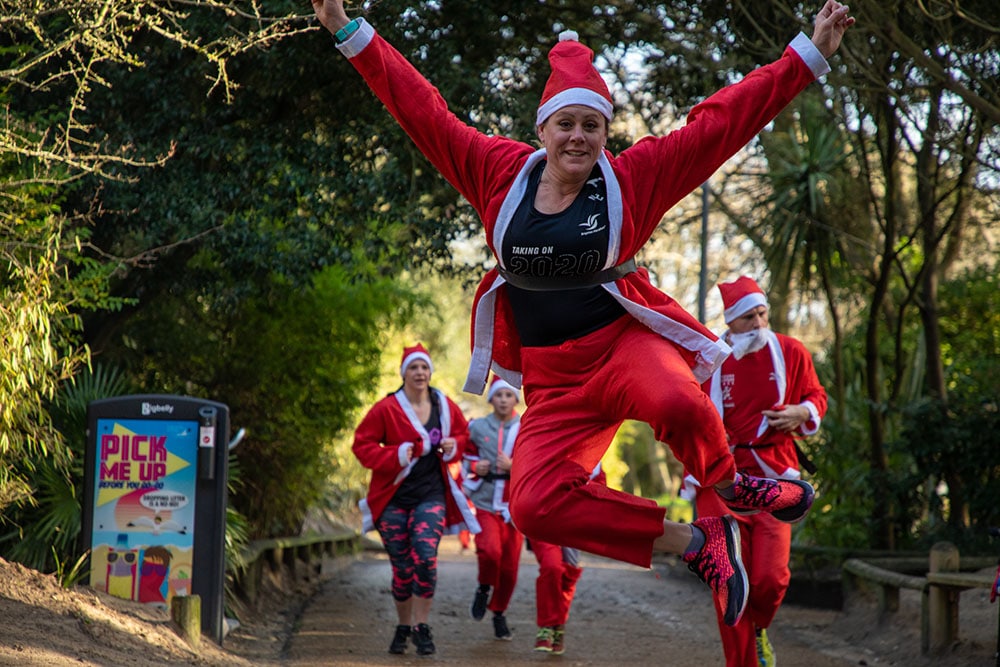 Kate Duddell, Pilgrims Fundraising Manager said: “The Santas on the Bay, (Herne Bay) started three years ago and is now well established as an important date on our supporter’s calendars, the event has raised more than £67,000 in the last two years. For 2019, early estimations show we will raise in excess of £50,000 for the Tri Series and we certainly believe in the countdown to Christmas”. 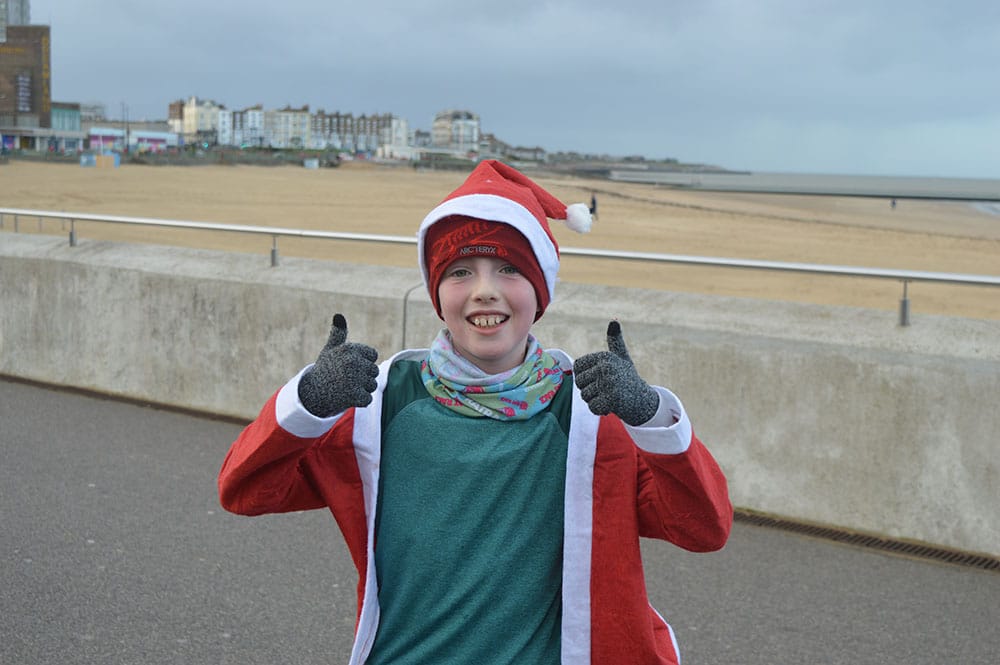 Satns On The Seashore 1st Back 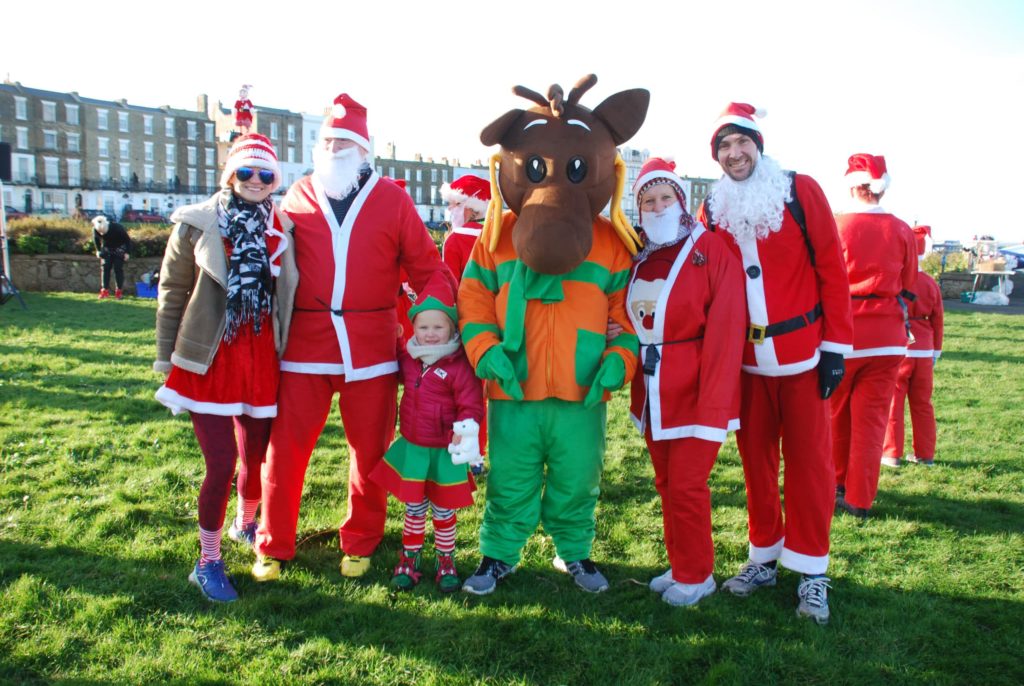 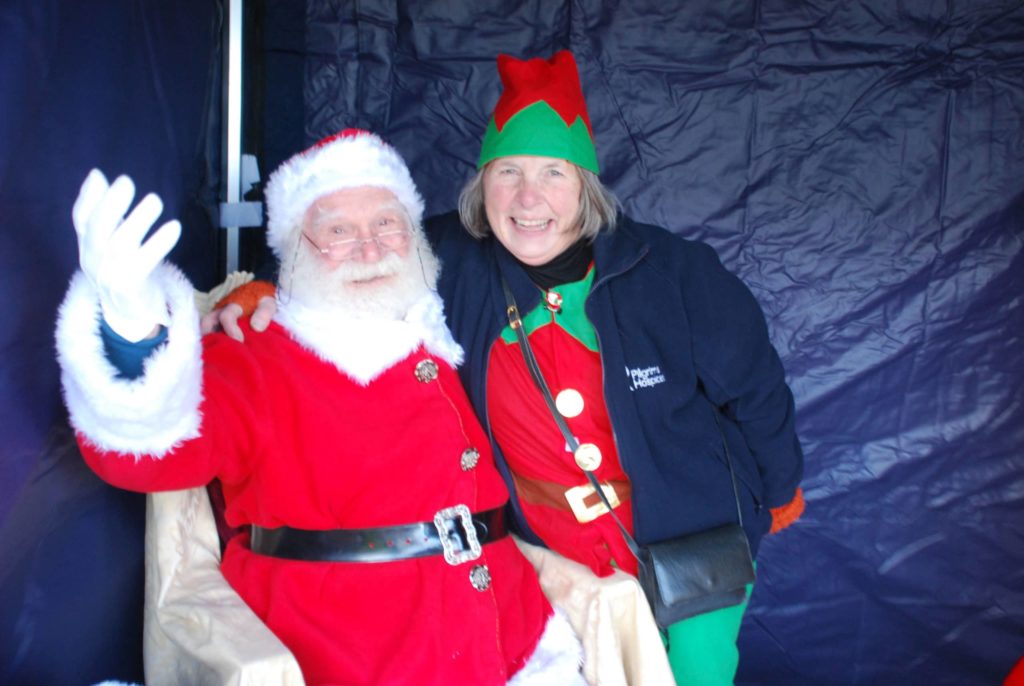 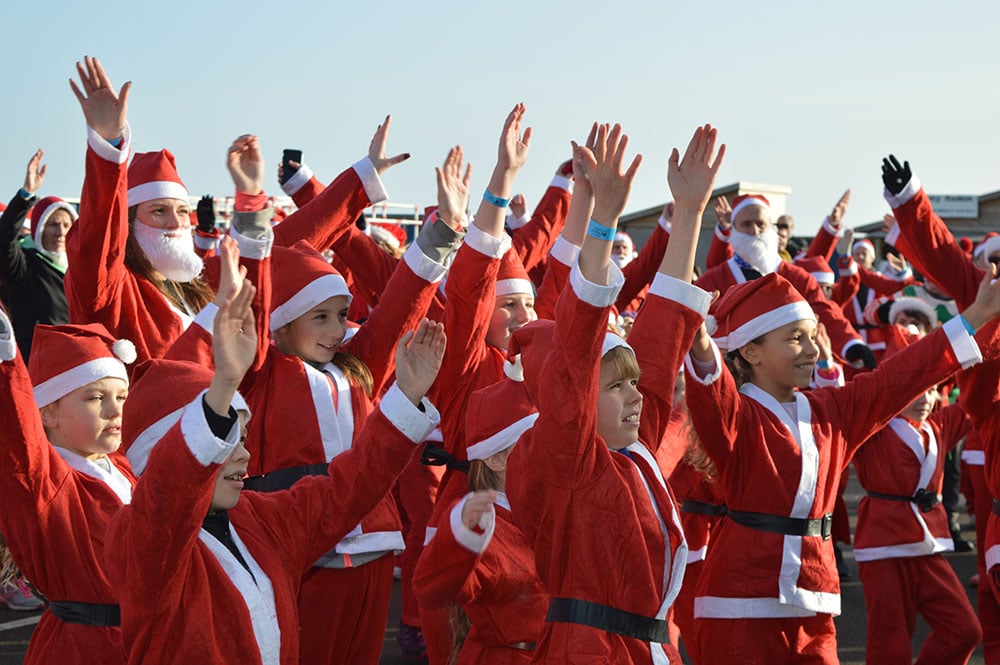 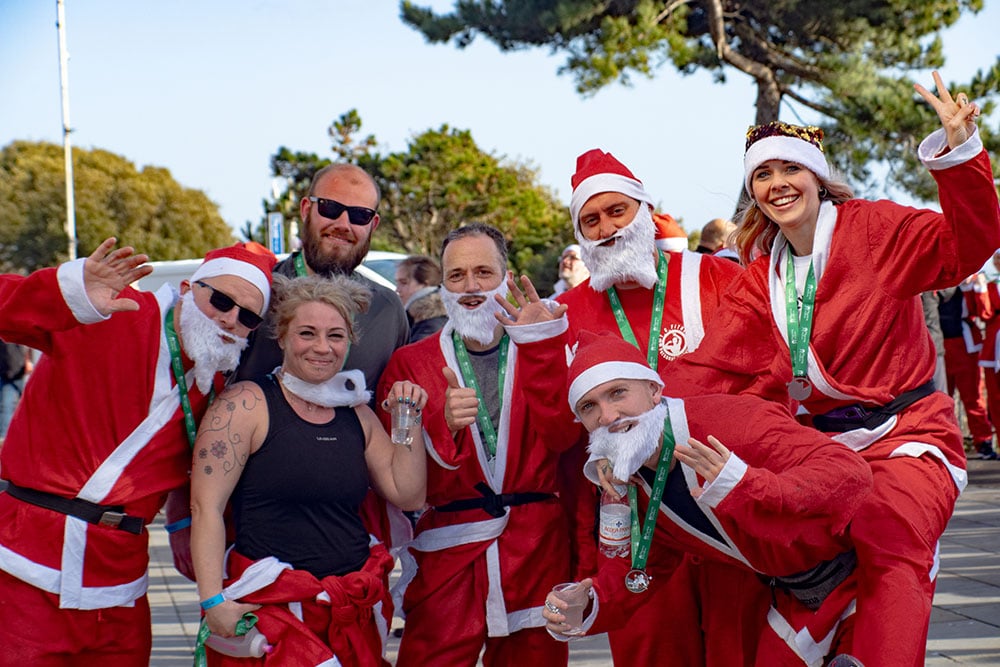 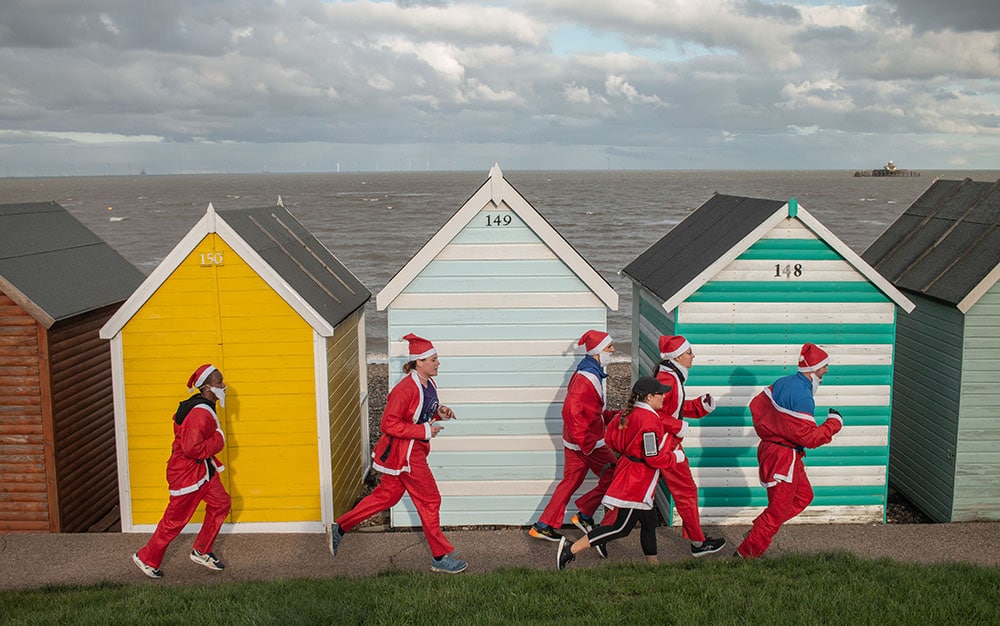 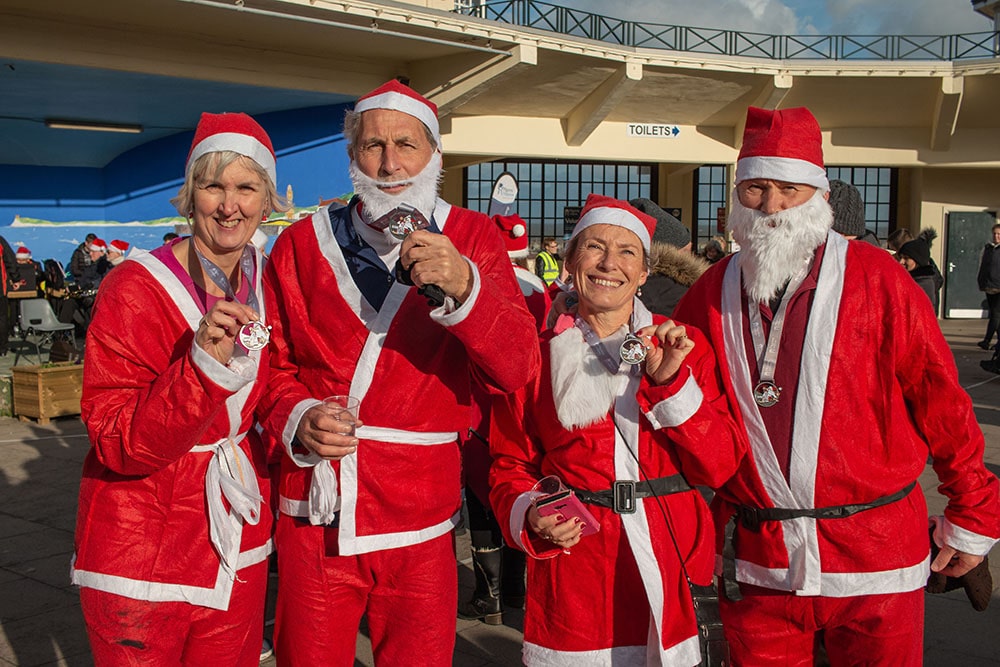 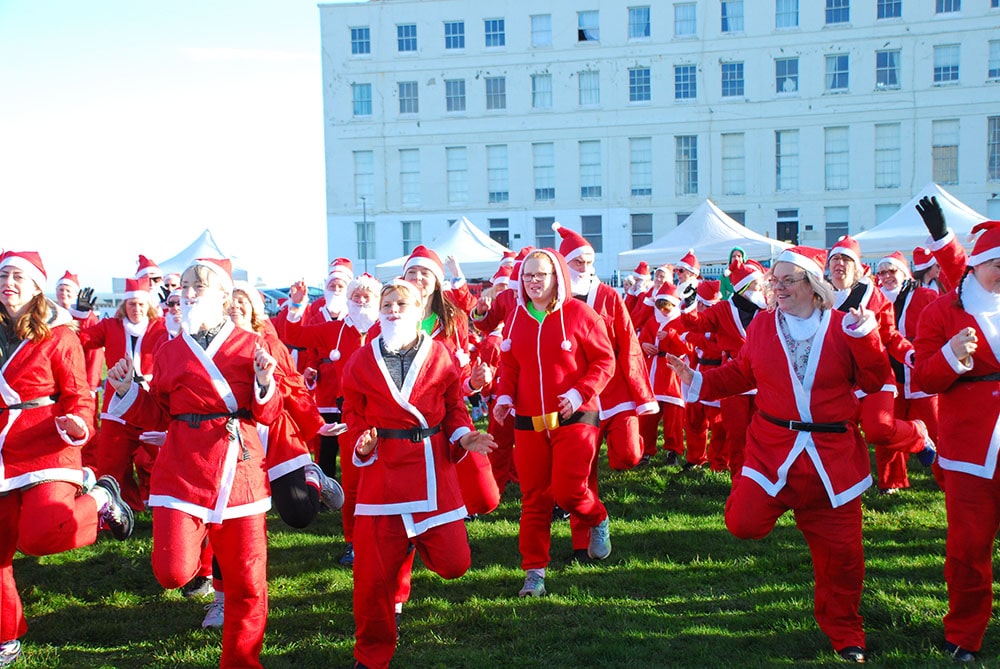 Warm up Santas on the Seashore 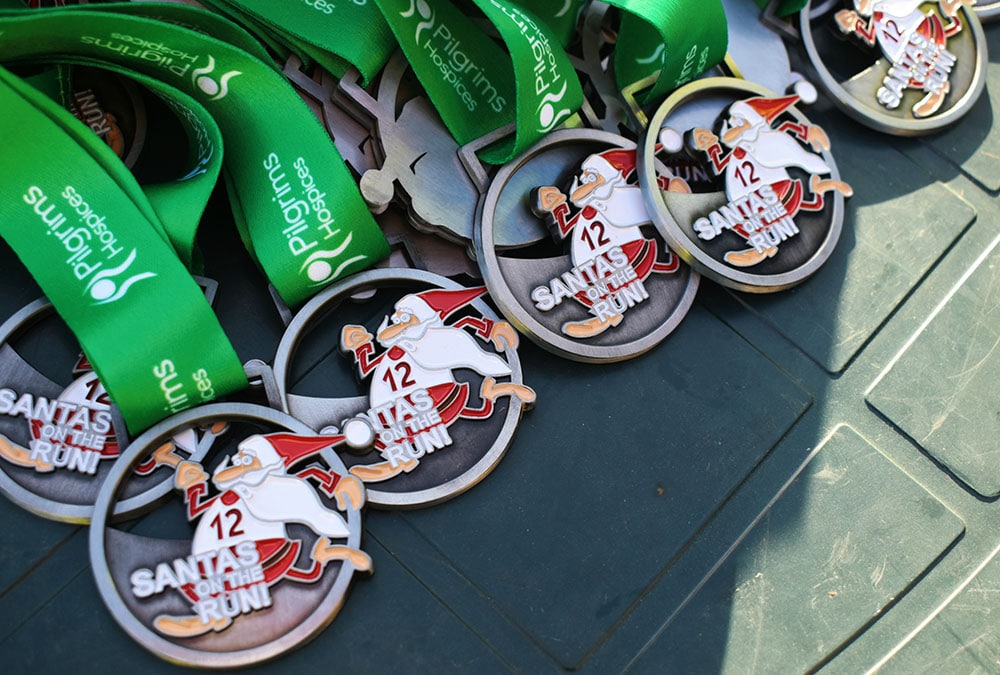 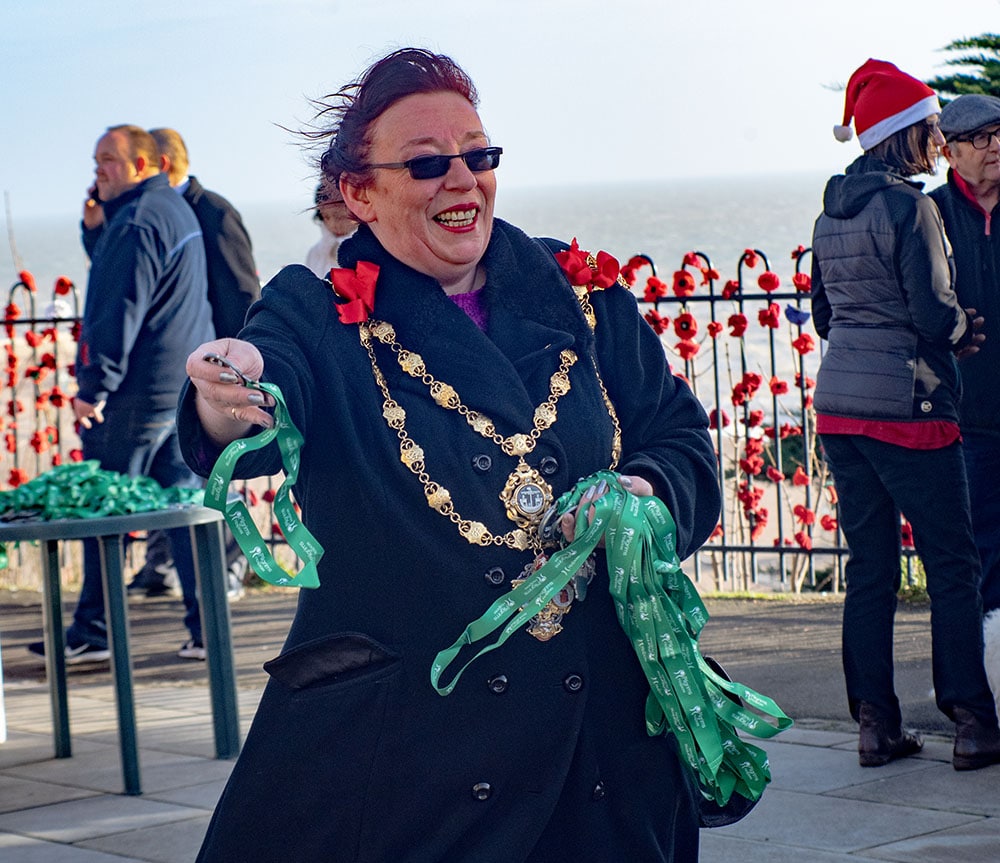 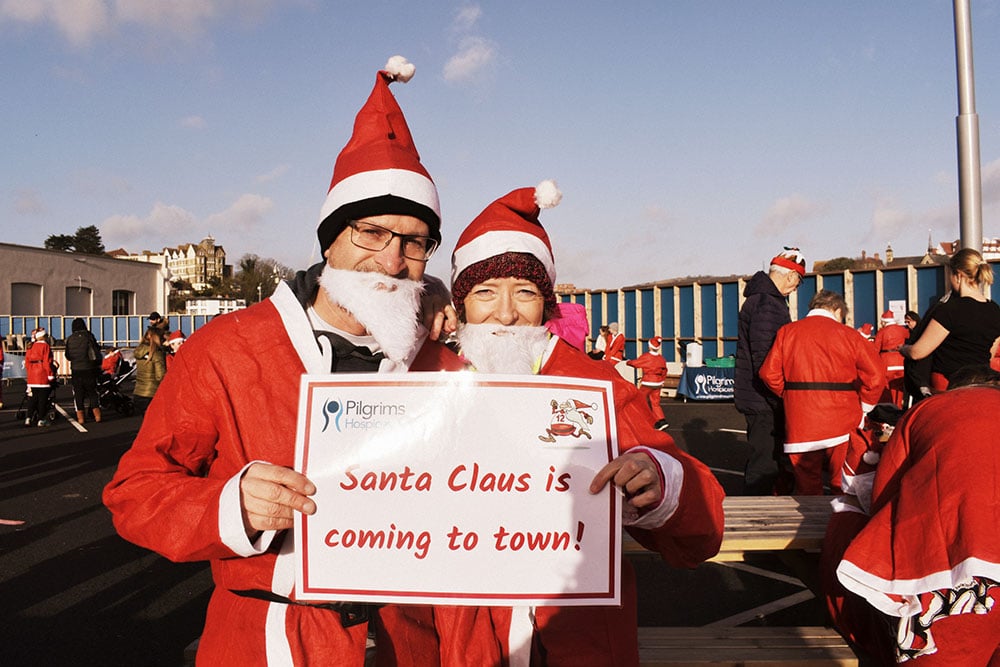 Martin Thorpe and Trisha Smith Satntas on the Harbour 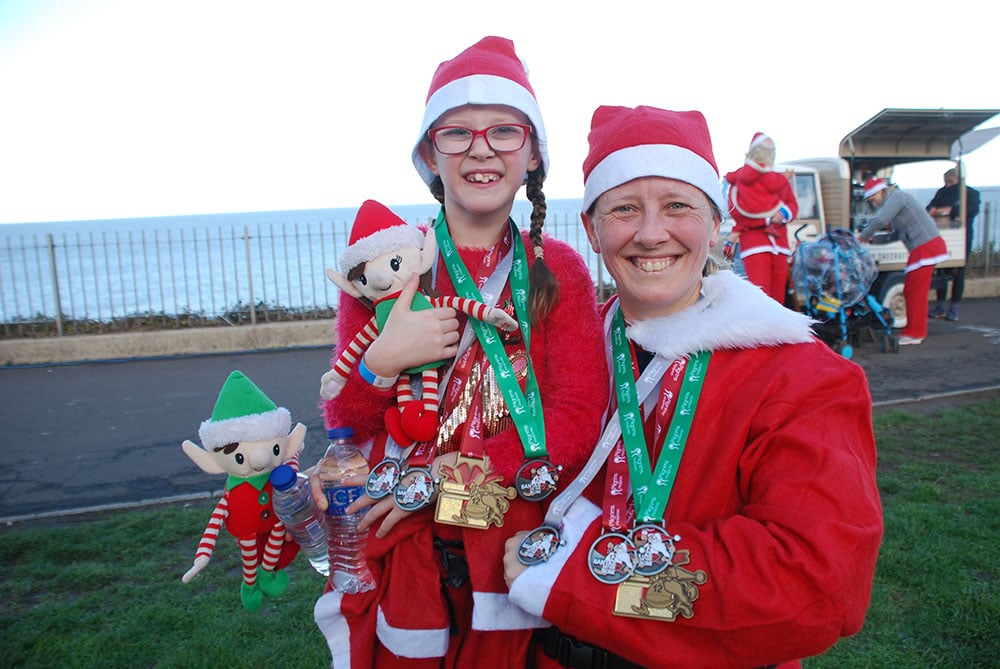 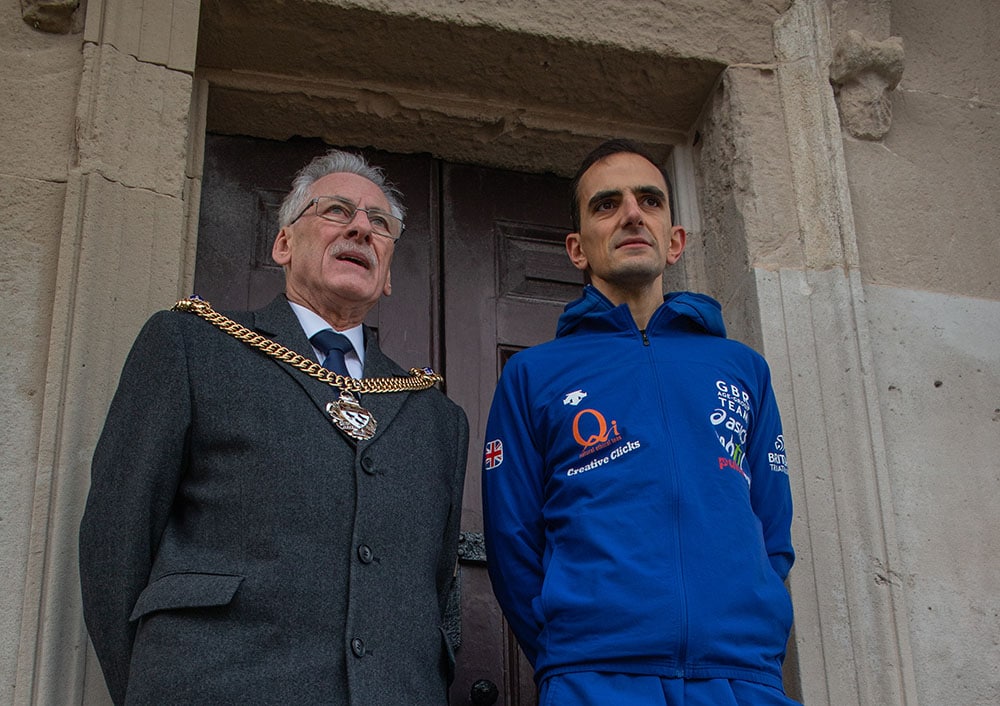 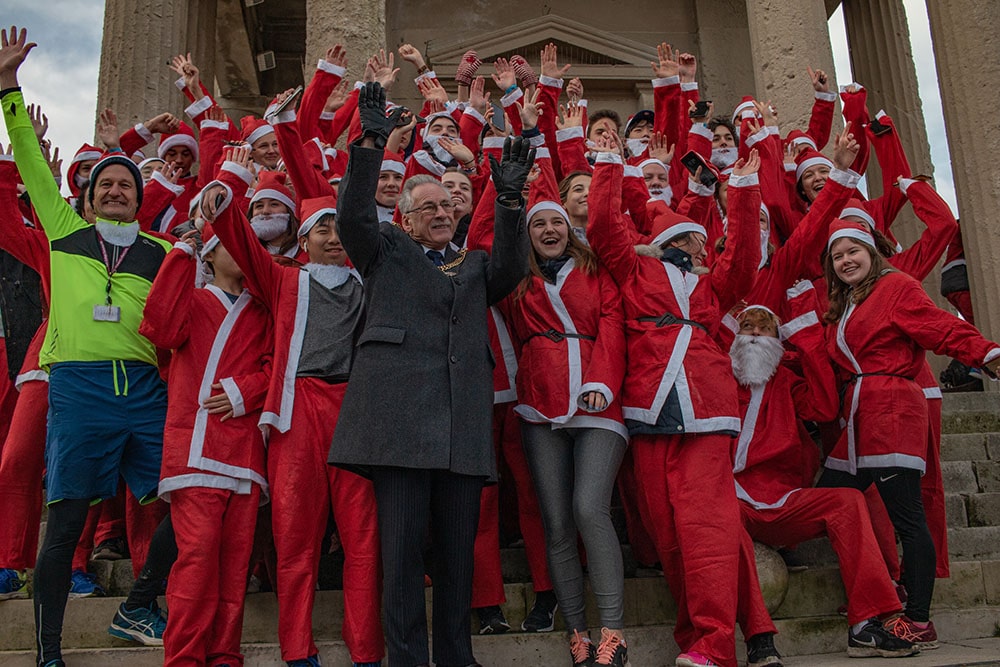 Lord Mayor Of Canterbury Cllr. Terry Westgate with Santas On The Bay! participants

The two additional fun festive runs brought a new dimension to the already popular event. The Santas on the Bay (Herne Bay) included GB athlete and Pilgrims ambassador, Yiannis Christodoulou taking part and the runners were set off by the Lord Mayor of Canterbury.

On to Folkestone Harbour Arm with Santas on the Harbour, and a new event area for Pilgrims, with two finish lines, here the magic of Christmas saw Pilgrims featured on Sunday evening TV news. Finally, in Margate, where we had Santas on the Seashore, and Santa himself in his grotto. 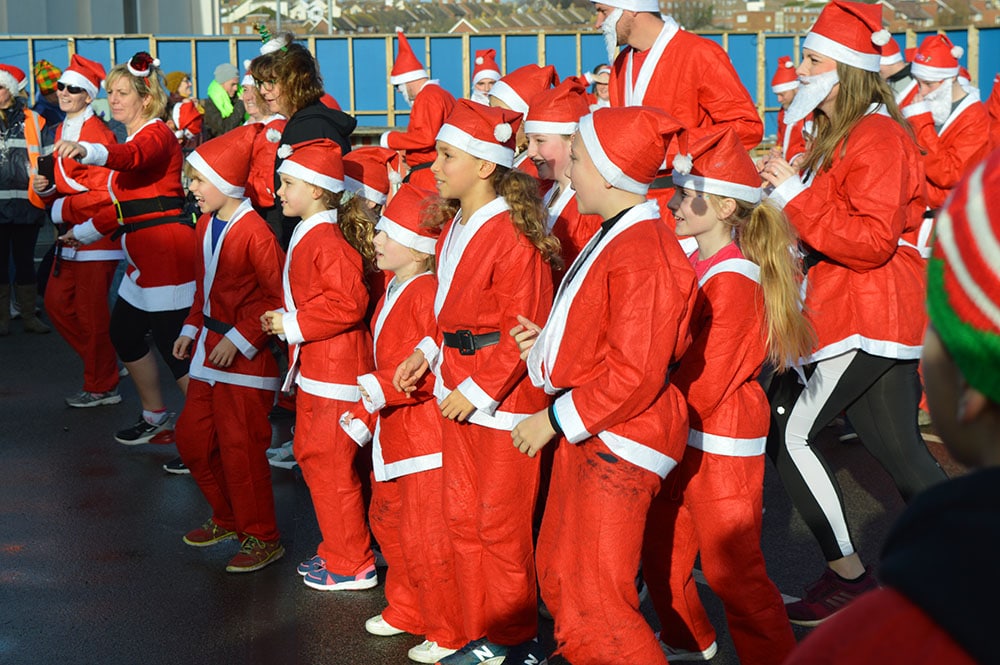 Our Tri challengers, who registered to take part in all three jolly jogs collected stamps in their Christmas cards at each event to be awarded their 4th and most impressive ‘gold present’ Tri-Series medal for completing all three.

“It was just the thing to get the whole family, neighbours, friends, schools and work colleagues into the festive spirit whilst raising vital funds for local hospice care this Christmas.” Kate added.

We are totally in debt to our wonderful supporters for helping Pilgrims to stage such a fun filled Tri Series.

Supporters with sleighs, buggies and wheelchairs also joined in the fun with this inclusive event, every £1 raised will be helping Pilgrims clinical team to provide the very best care for those who need it the most. 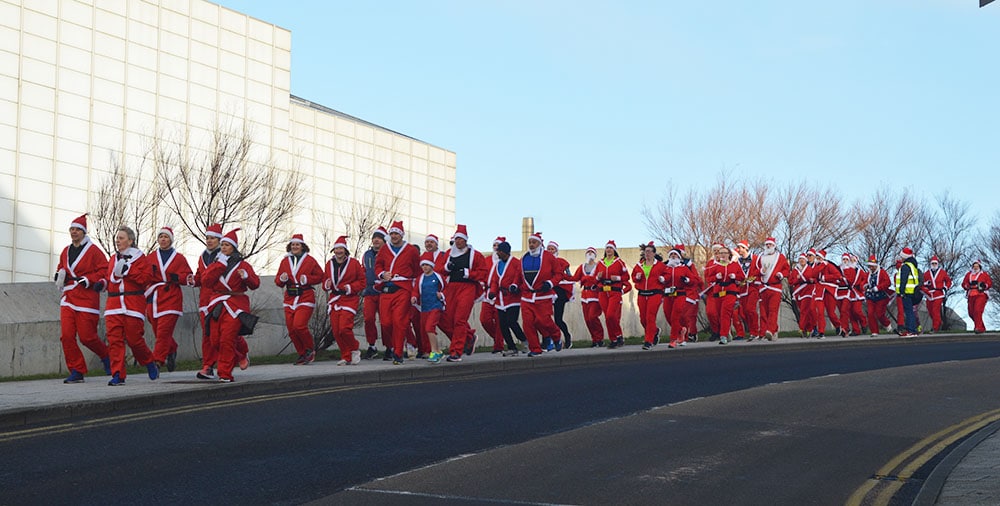 Santas big and small took part from as far afield as Northampton; Ben Ackers and his dad Tony were visiting family in Margate and decide to join and raise money for this important charity. Young Ben was the first Santa back on the day.

The fundraising teams from all three hospices brought the festive events together, involving a huge number of volunteer elves, sponsors and staff all giving their time to help the charity raise as much as possible during the festive season. 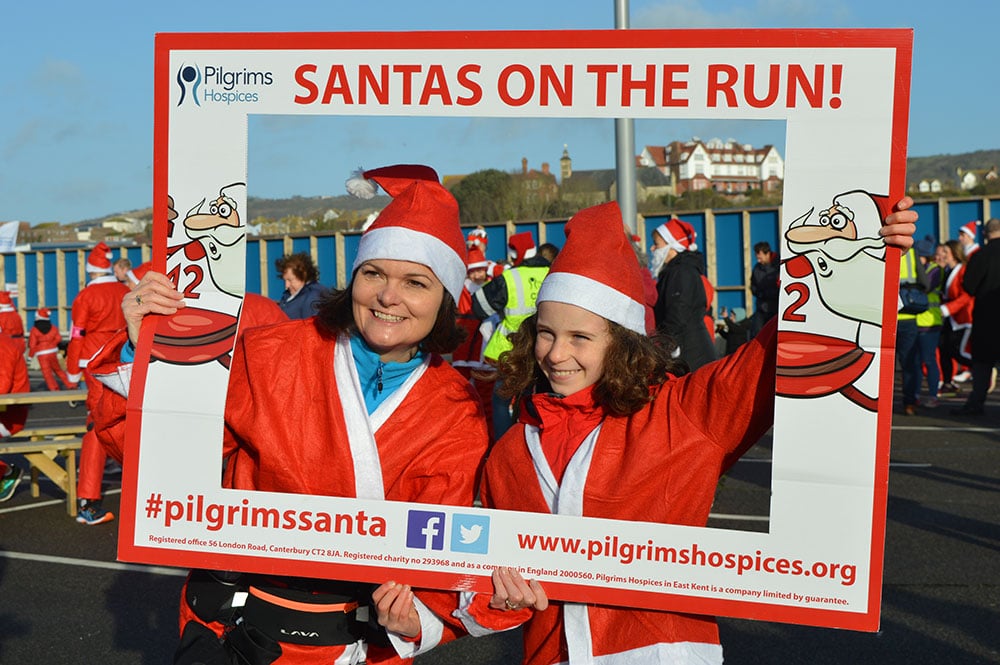 Kate said: “We are totally in debt to our wonderful supporters for helping Pilgrims to stage such a fun filled Tri Series and a lot of ho ho ho Christmas fun. Everyone’s efforts will help our team to give patients the very best care and attention at such difficult times.  After all, it’s all in a good Claus! You never know which festive character will be visiting each coastal town next year.”

Thank you to all of our wonderful supporters, you are just amazing,

Did you know? Pilgrims Hospices has to raise £11 million through voluntary donations in order to run our full range of services. Sponsorship raised through events like these helps us to continue caring for local people at the end of their lives.