Wahl UK has been fundraising for local charities over a number of years, however, in 2015 they started selecting a charity of the year.  They now focus fundraising on supporting local, independent charities that are close to their heart. The staff decide which charity they’re going to support each year. David Goodman, Managing Director of Wahl UK, said: “The staff nominate charities, then we take a vote and Pilgrims Hospices won by a clear majority last year.”

Wahl also headline sponsored Pilgrims charity fun run, Santas on the Run! In 2018 and entered over 30 members of staff into the fun. “We are very proud to have supported this event. Santas on the Run was a fantastic, fun way to end the year.” Mr. Goodman told us.

He added: “The staff raised an incredible £1,445 in sponsorship for the fun run!”

We are very proud to have supported PIlgrims Hospices

Wahl organised a range of fundraising activities in the office for Halloween & Christmas, a member of staff made a skydive and they donated boxes upon boxes of toys and clothes to Pilgrims Hospices retail shops. The charity team also organised a quiz night for staff, family and friends. The quiz night was a great success with it being their most successful quiz night to date!

I had no idea they had achieved such a huge sum, it was a brilliant surprise!

The team kept their fundraising total a secret during the year, it wasn’t until they handed Lydia Todd, Pilgrims Fundraising Officer the cheque that the amazing total was revealed.

Lydia said: “I had no idea they had achieved such a huge sum, it was a brilliant surprise!

“It was an absolute pleasure to work with the team at Wahl over the past year. They have been so committed and enthusiastic about their fundraising and support Pilgrims Hospices. It’s great to see such a large company so invested in supporting local charities; the money that they’ve raised during 2018 will have a great impact on people in their local community who are living with an incurable illness. Pilgrims can’t thank the team enough for all of their hard work and support”

Find out more about fundraising for Pilgrims Hospices by contacting your local Pilgrims fundraising team for help and advise on how to get involved fundraising@pilgrimshospice.org.

Each year Pilgrims Hospices give care and comfort to over 2,300 people in East Kent coming to terms with an illness that sadly cannot be cured.  The charity support patients to live life as well as possible until the very end, free from pain and distress.

Santas on the Run is taking place in Herne Bay for the second time on Sunday 2 December. The event is becoming a firm festive favourite for families to fundraise for Pilgrims in the Christmas period, with over 700 supporters already registered for the festive 3k or 5k fun run.

A team of staff, family and friends from Wahl (UK) Limited are taking part in this year’s event. The local business who are well known for their hair care products globally are also the generous headline sponsors of Pilgrims Hospices festive fundraiser.

Wahl team member Martin Lindridge from the graphics department told us: “We have around 35 Santas registered so far to help raise funds for Pilgrims, and there may even be more joining our team on the day. 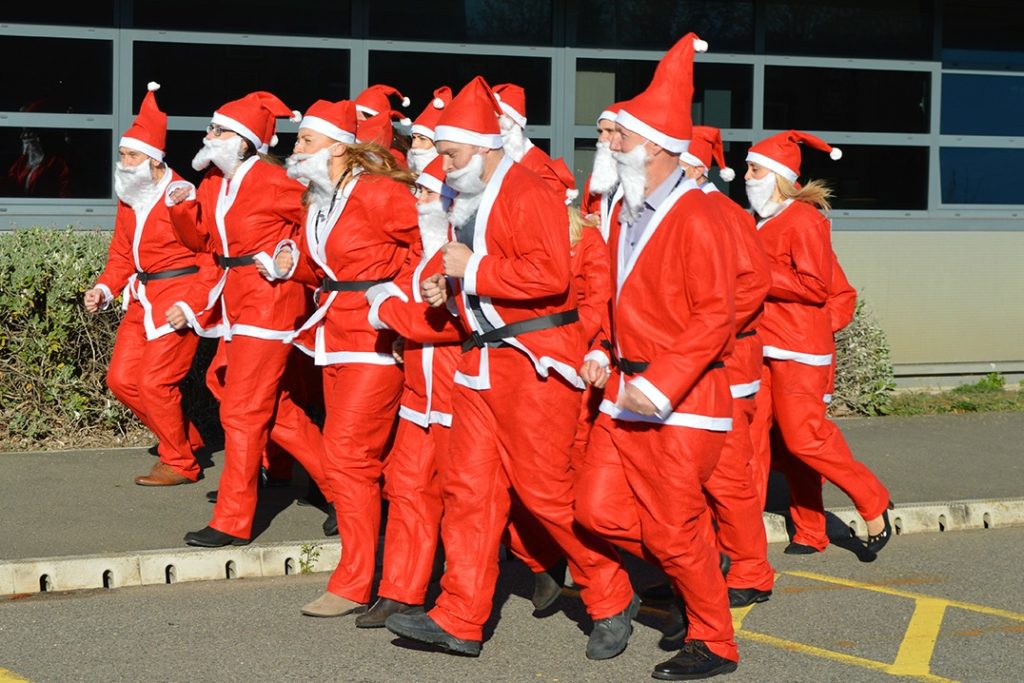 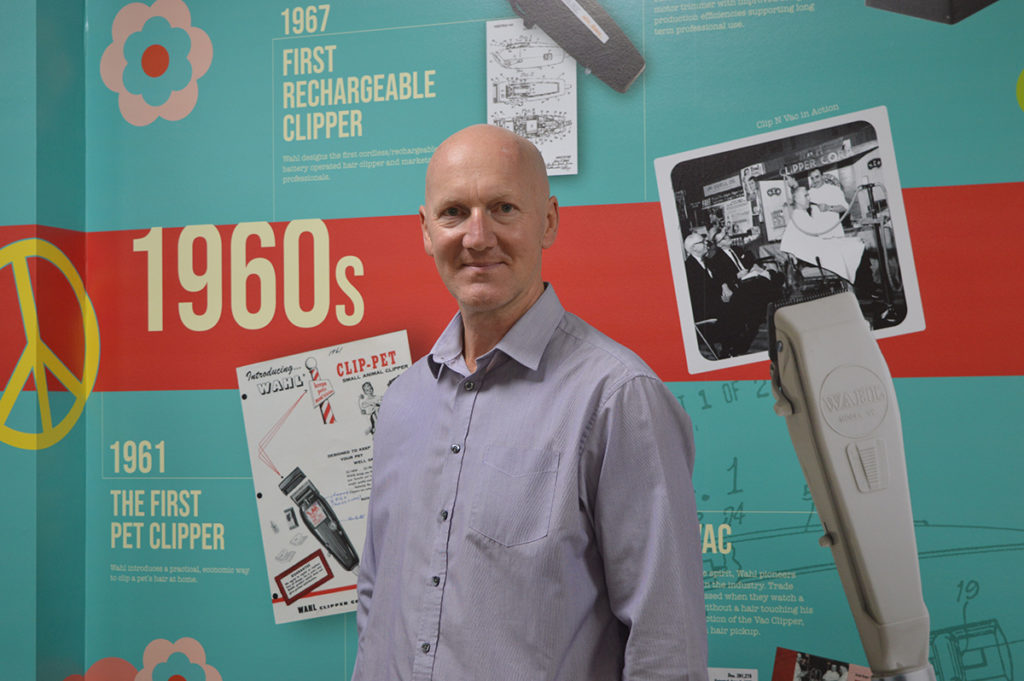 “I really wanted to get involved, having had some personal experience of the charity’s special care when my sister, Debbie Purcell, was cared for at the Canterbury hospice in May of this year.

“Debbie who lived in Whitstable had myeloma cancer, she was only 52 and had several admissions as a patient on the hospice ward in order to help manage her pain and symptoms.

I’m very pleased to help support such an important charity within our community.

“She always spoke highly of the charity who cared for all of us in such difficult times. Nothing was too much trouble and the staff did so much to make her comfortable. It was not just the level of care and support; everyone was so willing to go that extra mile to make every day count. Pilgrims was peaceful and tranquil and Debbie’s room looked out onto the beautiful gardens, which we all found relaxing.

“I’m very pleased to help support such an important charity within our community.”

David Goodman, Managing Director of Wahl UK, said: “Wahl is very proud to support this event. Our staff themselves chose Pilgrims Hospices as their Charity of the Year for 2018, so the Santas on the Run! event will provide a fantastic, fun way to end the year with lots of us getting involved.”

The staff have been selecting and supporting a Charity of the Year since 2015. Prior to this, they still fundraised but stuck to the annual charity days run by all the big national charities. They wanted to bring it closer to home and now aim to support local, independent charities that are close to their hearts.

“Staff nominate charities then we take a vote, and Pilgrims Hospices won by a very clear majority”, added David.

Throughout the year staff held a quiz night, parties, bake sales and dressing up competitions, and will have a Christmas jumper day. Wahl will be generously match funding all of the staff fundraising; this will allow double the amount to be donated to hospice care within the east Kent community.

Lydia Todd, Pilgrims Community Fundraising Officer, said: “We are delighted to have the wonderful support from Wahl UK, their sponsorship of Santas on the Run! means that more money raised by supporters and participants will go into patient care.

“Last year Santas on the Run! raised an incredible £27,000, which could pay for as many as 1,350 hours of nursing care.  Wahl will be helping Pilgrims to try and achieve that again this year.

“I visited the Wahl team recently to deliver their Santa suits, they were brilliant sports and all popped them on for a mini photo shoot. Thank you all so much.”

To find out how to get involved with Santas on the Run! and register click here, email lydia.todd@pilgrimshospices.org or call 01227 812 621.

Wahl is an international leader in the manufacturing of products for the professional barber and hairdressing trade, consumer personal care and styling, massagers and animal grooming. Since Leo J. Wahl filed his patent for the first electric hair clipper in 1919, Wahl has remained at the forefront of the industry, with over 90% of barbers now using Wahl.

Each year Pilgrims supports hundreds of local people coping with a life-limiting illness and their families. The charity offers a range of services; from end of life care given on its wards, to its Wellbeing and Social Programme supporting people after they are diagnosed, to live well and stay independent.