Dr Kathryn Mannix, author of With the End in Mind, was in conversation with Pilgrims Hospices on 16 May 2018 as part of Dying Matters Awareness Week. Here, Kathryn shares her views on being more open about death and dying, explaining how the healthcare profession can help.

Tell us a bit about your background.

I began in hospital medicine and then oncology. In oncology, I discovered that I was fascinated by the challenge of managing symptoms for people who would not be cured. I began to find out about hospices, of which there were only a few nationally. Then, a new hospice was built near my home. I wrote to ask about working there and was invited for an interview. So in a really haphazard manner, I became a trainee in palliative medicine. This was before the term ‘palliative medicine’ had been invented – that makes me feel old!

With the End in Mind is your first book. Why did you write it?

.One of the stories in the book is about how I heard my first hospice consultant describe normal, gentle human dying to a very frightened patient. It had a profound effect both on her (she was completely calmed, and remained so until she died) and on me, who had seen many deaths but hadn’t stood back enough to notice the recognisable pattern he was describing. This conversation is one I went on to have thousands of times with my own patients, and it is always a comfort and consolation to patients and families.

The book is an attempt to take that comfort and consolation to many more people.

The way we talk about death has changed. We’re reluctant to broach it, and we have started to use ‘acceptable’ words that are airbrushing mortality out of our conversations – ‘passed away’; ‘lost’; ‘dear departed’. It’s creeping into media reporting, too. It’s starting to feel impolite to use the D-words. We must not allow that to happen.

Who would benefit from reading the book?

Well, it’s really for anyone who has ever wondered about what dying will be like, or who worries about it. From the feedback I have had, it’s been a helpful read for many people. I’ve had messages from dying people to tell me that they feel less afraid (and they are making their families read it!)

I’ve had many messages from people who had seen someone die but had not really understood what they were seeing and hearing: they misinterpreted some of the changes in breathing, or some of the noises they heard, as pain or distress. They have been comforted and very relieved to understand the process of dying better, and to realise that their beloved dying person was almost certainly not suffering and was probably deeply unconscious, relaxed and unaware. It’s fantastic to hear from people who have felt such consolation from reading With the End in Mind.

When and why did people stop being able to talk comfortably about death and dying?

It’s been a drift rather than an event, I think. In the developed world, life expectancy increased so markedly in the 20th century that many people now reach their 50s and 60s before they see anyone die. One hundred years ago, people saw siblings die during childhood, and their parents’ generation died while people were in their 20s and 30s; people were more familiar with the process. Death often took place at home.

As it has become less familiar, it has also become more fearsome. We don’t see normal dying in our real lives, but we do see TV and Hollywood dramatic dying, and we are starting to assume that newspaper articles about difficult deaths, and high-drama soap opera deaths, represent normal dying. 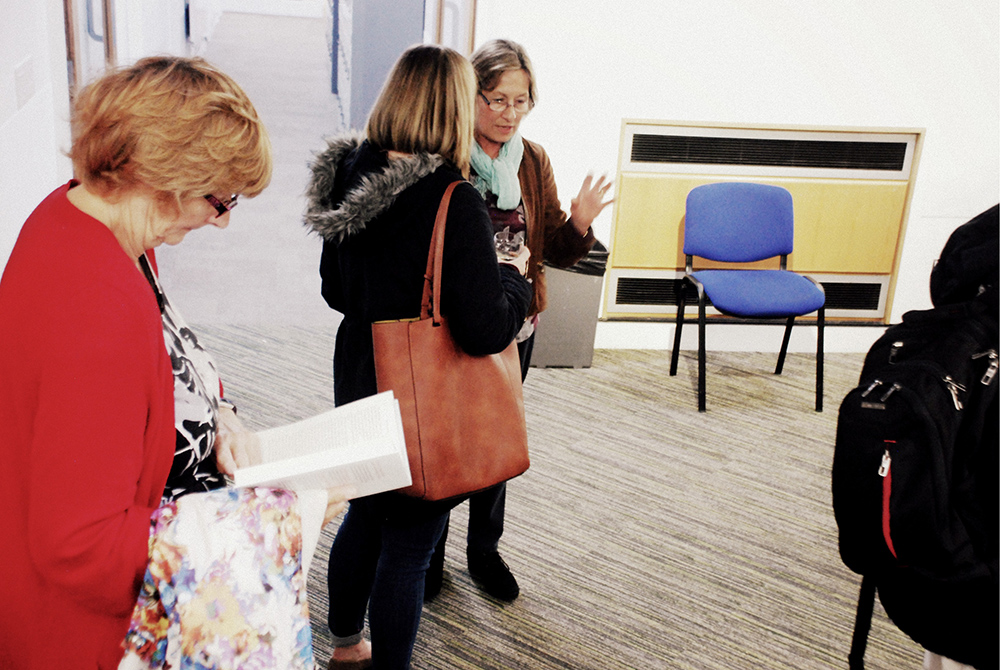 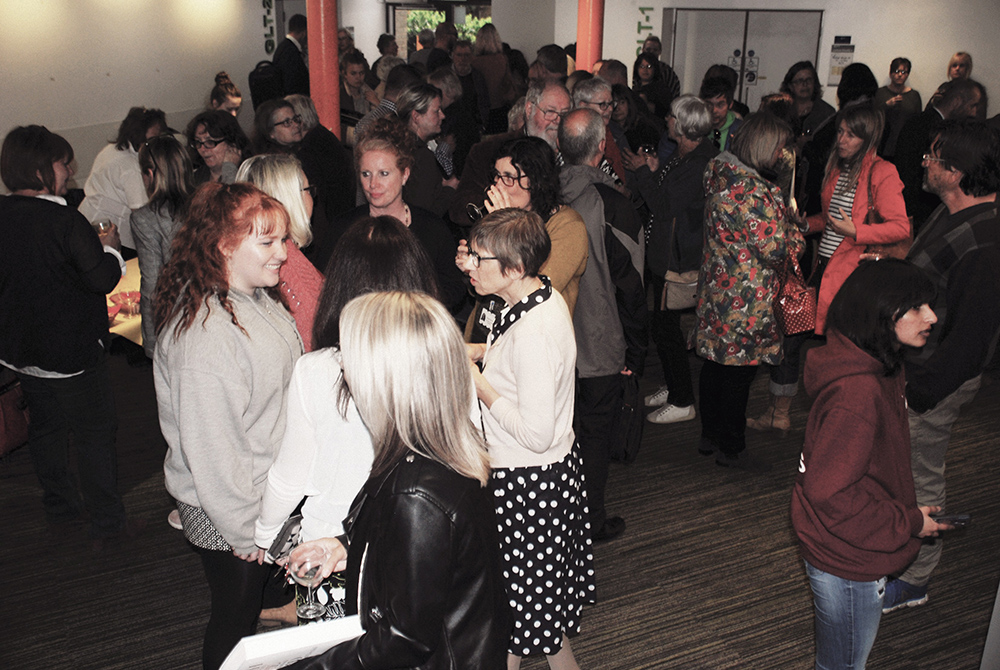 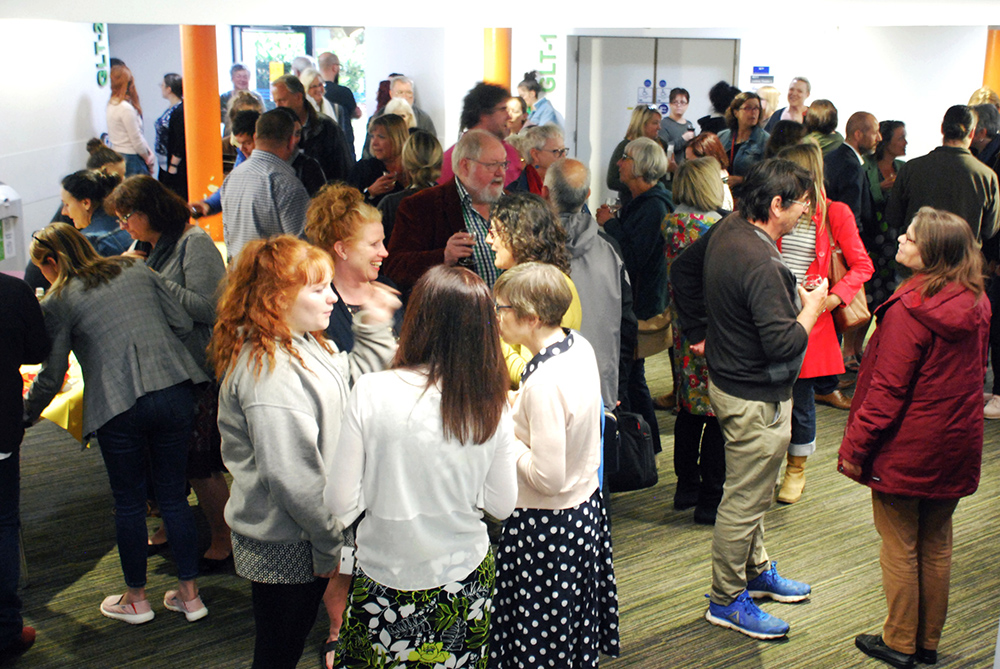 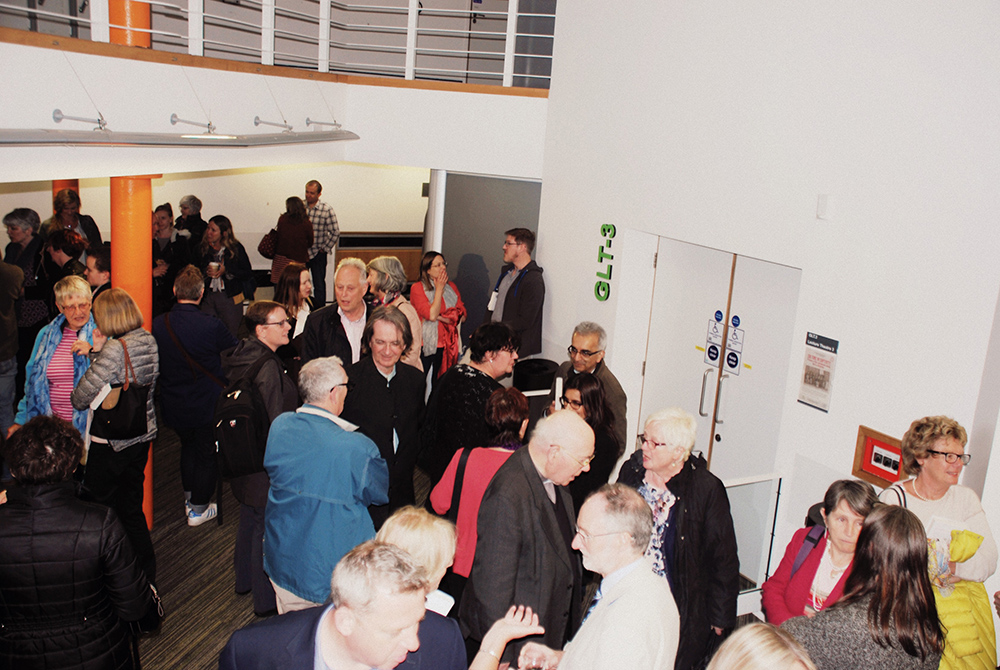 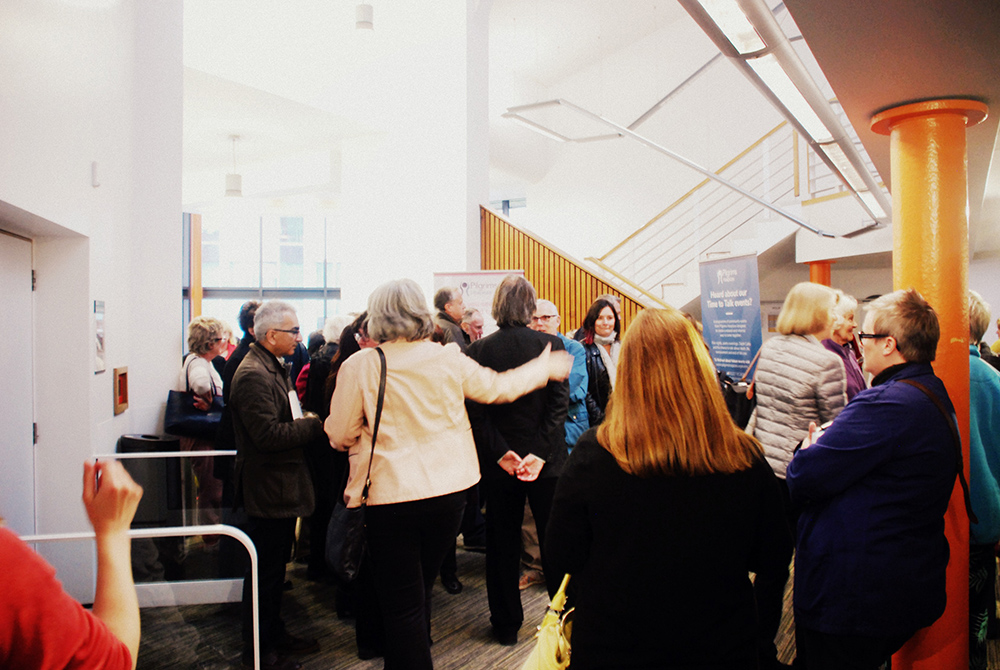 Has language played a part? What needs to change?

The way we talk about death has changed. We’re reluctant to broach it, and we have started to use ‘acceptable’ words that are airbrushing mortality out of our conversations – ‘passed away’; ‘lost’; ‘dear departed’. It’s creeping into media reporting, too. It’s starting to feel impolite to use the D-words. We must not allow that to happen.

If we don’t use the words, we will lose the language we need to describe the events we want people to understand. We need richer, not poorer, vocabulary about this once-in-a-lifetime process that awaits us all.

What does ‘dying well’ mean?

Dying ‘well’ is a concept that includes being as aware of the imminence of death as the patient wishes: most cope best by being fully informed, but a few people choose denial as their way to remain emotionally intact. Dying well includes physical symptom control; emotional calm; social peace of mind by preparing loved ones and getting a chance to say farewell, thank you, I love you, I’m sorry, I forgive you. For many it also includes the rites and rituals of their faith.

I often talk to my patients about ‘dying safely’. Together, we discuss the process of dying, and use that understanding to decide where the person would like to be and the practicalities of enabling them to be there. We discuss whether home is practicable, and if not we consider alternatives. In addition, we plan symptom control, family support, decisions like whether there are circumstances in which they would move to hospital; we write a clear plan with the patient’s preferences at its core.

Dying well seems to be very closely related to being able to remain emotionally intact as death approaches. Honesty and clarity seem to help that far more than pretending it isn’t happening.

When I’m talking to patients, or teaching, I hear myself using phrases I have adopted from other people. It’s part of our apprenticeship to learn from our masters, and I have been lucky to have many.

How have your ideas and views been received?

I’ve been delighted and reassured by the positive response to the book, from the public and from fellow professionals.

What can healthcare professionals and specialists learn from your book?

I’ve tried to include dialogue that might help people to tackle similar conversations. When I’m talking to patients, or teaching, I hear myself using phrases I have adopted from other people. It’s part of our apprenticeship to learn from our masters, and I have been lucky to have many. In the same way, I’d welcome people to take any expressions used in the book and adapt them to use as their own.

My other hope is that the stories distil the wisdom of approaching dying with understanding and access to good information; the repetitive theme in the stories is of human resilience. If we offer honest, compassionate answers at a pace that suits each patient and their family, then their natural human resilience will allow them to deal with this difficult situation as with previous challenges they have met. Humans are amazing, and often at their best at this really challenging time of life.

I’m also passionate about the idea that we who accompany the dying are ‘midwifing’ the experience: we should be explaining in advance, and then pointing out as the process of dying evolves, that the things we were expecting are happening; that this is usual; that this is ‘safe,’ whilst being prepared to take rapid action if the person experiences discomfort or distress. In this way, not only will each death be well-managed, but also the survivors enter their bereavement having understood the process and witnessed a normal and comfortable death.

What are the biggest lessons that any of us can take away?

That’s a big question! I think we who understand dying have a duty to restore the understanding of death to the public domain. It’s a public health issue, so although we are usually working on a patient-by-patient basis in palliative care, we also need things like Dying Matters to remind us all of the important message of understanding dying while we are still healthy. There are lots of organisations, allied via Dying Matters, working on public awareness, and we should really encourage this message. 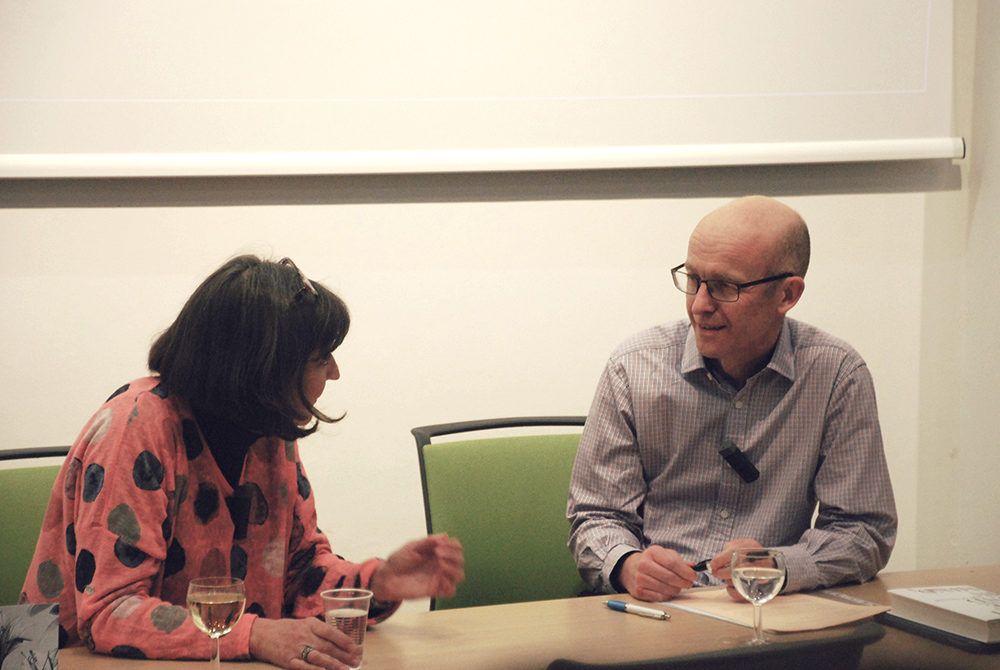 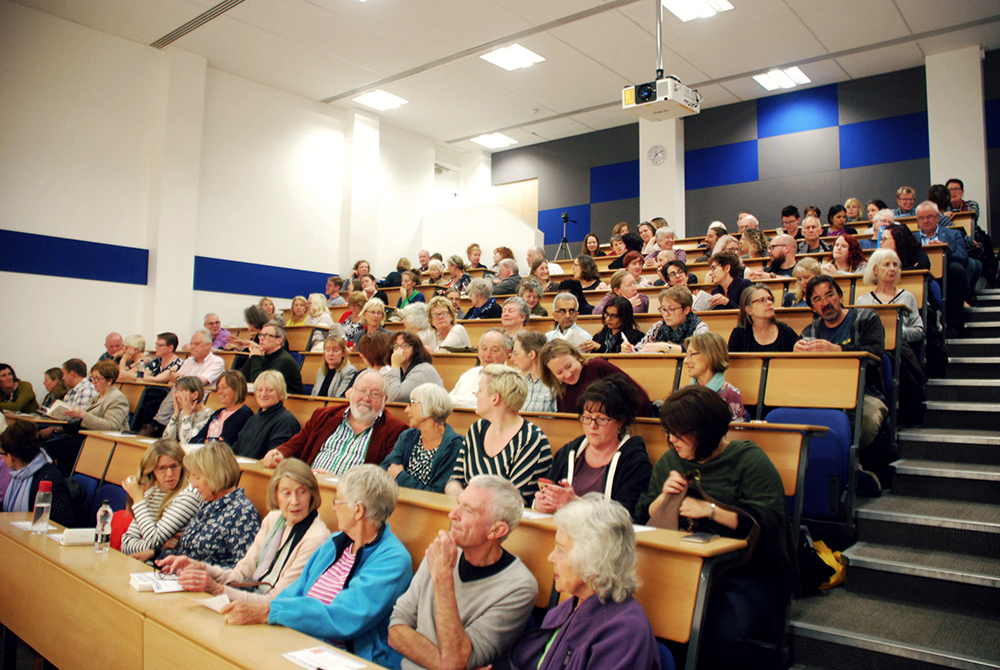 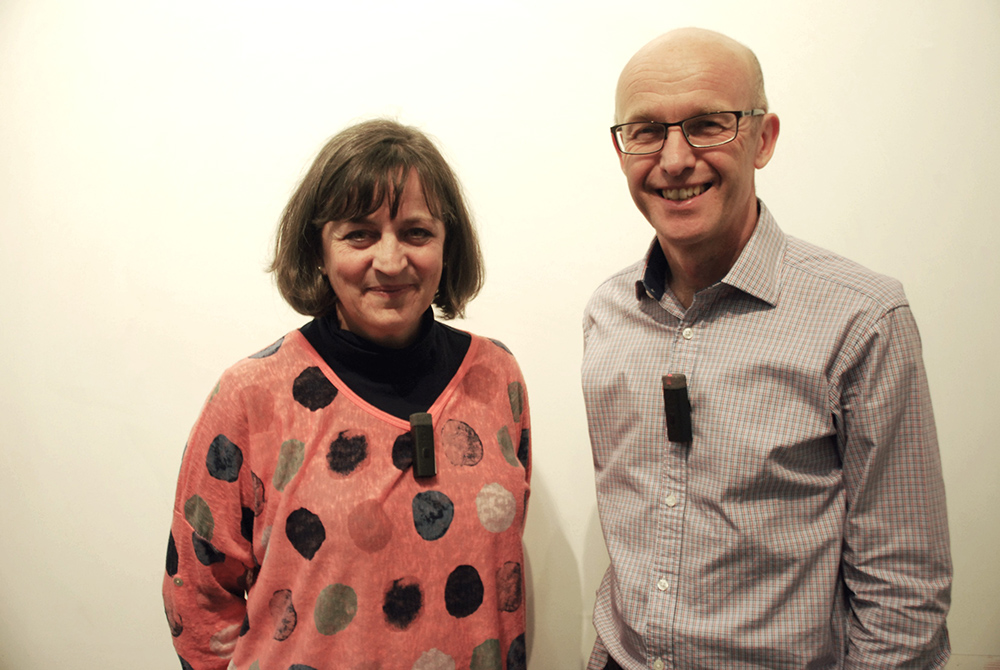 What have been the most important lessons for you during your career and whilst writing?

I think we must trust human resilience, and give people access to good information with compassion. This applies whether we are telling a particular person that their life-expectancy is limited, or whether we are talking about a public information campaign about normal human dying.

Hearing dying described to a patient that first time by my skilled and compassionate consultant was a life-changing moment for me. Other stories that have challenged and changed me are also included in the book, like the couple who were each protecting each other from the truth of the wife’s terminal illness because the professionals hadn’t included them both in the conversation when the diagnosis was discussed; and the patient whose physical pain was a manifestation of his inner torment and distress.

I’ve seen these situations many times over the years; I’m getting better at recognising patterns and I feel it’s part of our professional duty to share our wisdom. That’s why I’ve written this book.

How can Pilgrims contribute to our understanding and help push the conversation forward?

Holding a public meeting was a great thing to do, and the huge demand for tickets really confirmed that. I enjoyed a great discussion with you all in Canterbury.

I think that palliative care charities can really contribute to public understanding. We’re talking about something we know very well from personal experience. We also have access to the remarkable research that is being generated about managing symptoms, planning ahead, emotional and spiritual support, family coping strategies and many more considerations.

Getting more air time on TV and radio (Joan Bakewell’s Radio 4 series We Need to Talk About Death was superb) speaks to one generation, but we need social media campaigns to reach different people, too. It’s a huge task. Raising our profiles and taking some risks will be necessary if we are to make a difference.